Amanda Detmer net worth: Amanda Detmer is an American actress who has a net worth of $2.5 million dollars. Amanda Detmer was born in Contra Costa County, California, and graduated from Cal-State University, Chico. She then went on to earn her Master of Fine Arts degree from Tisch School of the Arts-New York University.

She began her professional career on television, appearing in the television movie, "Stolen Innocence", in the mid-90s. Since then, she has gone back and forth between film and television projects. Some of her film work has included co-starring or supporting roles in such projects as, "Drop Dead Gorgeous", "Final Destination", "The Majestic", "Lucky 13", "You, Me, and Dupree", and "AmericanEast". On television, she has played co-starring, recurring, or guest starring roles on such shows as, "Ryan Caulfield: Year One", "What About Brian", "Law & Order: Criminal Intent", "Private Practice", "The Vampire Diaries", "Man Up!", and "Necessary Roughness". 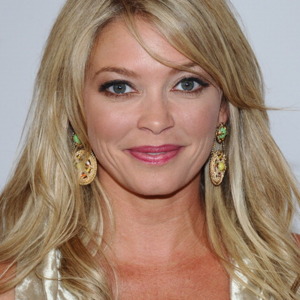