Amanda Crew net worth: Amanda Crew is a Canadian television and film actress who has a net worth of $2 million. She is best known for her roles in the television series 15/Love and Whistler, as well as films like Final Destination 3, She's The Man, Sex Drive, The Haunting in Connecticut and Charlie St.

Cloud. Crew was born in 1986 in Langley, British Columbia. She began her acting career when she was very young, appearing in the musical, Dragon Tales, and then went on to do commercials for companies like Coca-Cola while continuing to perform on stage. She attended the American Academy of Dramatic Arts and got her big break at 19 when she was chosen to play the role of "Tanis McTaggart" in 15/Love. After leaving the show in 2005, she appeared in Life as We Know It and Smallville, before landing another starring role in the CTV drama series, Whistler. During this time, she also began appearing in several films including Repeaters, Sisters & Brothers, and the hit film Jobs, starring Ashton Kutcher. More recently, she was cast as "Monica" in the television show, Silicon Valley and also appears in the historical drama The Identical, in addition to the romantic drama, Adaline with Harrison Ford, Ellen Burstyn, and Blake Lively. Outside of her work in acting, she also co-runs the blog Granny Girls with her friend, Amber Borycki; the blog covers their shared love of baking, cooking and crafting. 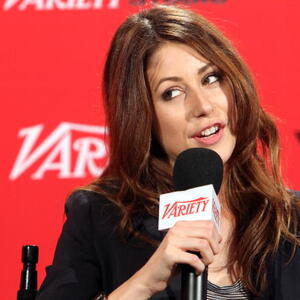