What is Amanda Bynes' net worth and Salary?

Amanda Bynes is an award-winning actress, fashion designer, and singer who has a net worth of $6 million. Amanda Bynes earned her net worth through various acting roles on television and in films. She is also the creator of her own fashion line "Dear" and has had a moderately successful career in music. There was a moment in time when Amanda Bynes could do no wrong.  She was everywhere, appearing in multiple Nickelodeon shows, including her star vehicle, "The Amanda Show", and then transitioning into film work with popular performances in such projects as "What A Girl Wants", "She's the Man", "Hairspray", and most recently, "Easy A". At some point things went a little off the rails.  After deciding to quit acting in 2010, her behavior became increasingly erratic.  Over the course of 2012 she was in and out of court due to DUI's, bizarre public behavior, and the occasional hit-and-run.

After being placed under a 72-hour mental-health evaluation hold in July 2013, Amanda's parents successfully filed for conservatorship over her affairs. That conservatorship remained until March 2022.

As we detail later in this article, in October 2014 Amanda's parents laid out a clear picture of Amanda's finances. At that point she owned roughly $5.7 million worth of assets, made up of a nearly equal mix of cash and real estate. She earned around $144,000 in the previous year from rental income but was earning a negligible amount from royalties or acting salaries.

Amanda Laura Bynes was born in Thousand Oaks, California, on April 3, 1986. Her father Rick is a dentist and her mother Lynn is a dental assistant and office manager. She is the youngest of Lynn and Rick's three children.

Amanda Bynes started acting when she was seven years old. Her first paid acting job was a television commercial for a candy called Buncha Crunch. She also appeared in the stage plays "Annie," "The Music Man," and "The Sound of Music," among others, when she was a child. She was spotted by a producer for Nickelodeon when she was attending a comedy camp at the Laugh Factory in Los Angeles.  She was cast in the Nickelodeon series "All That," which ran from 1996 to 2000. She then appeared in the "All That" spinoff series "The Amanda Show" from 1999 to 2002. From 1997 to 1999 she was on the cast of "Figure It Out." Bynes starred alongside Jennie Garth in the WB sitcom "What I Like About You" from 2002 to 2006.

In 2009 and 2010, Bynes dropped out of a number of film projects, causing people to speculate that she was struggling personally. 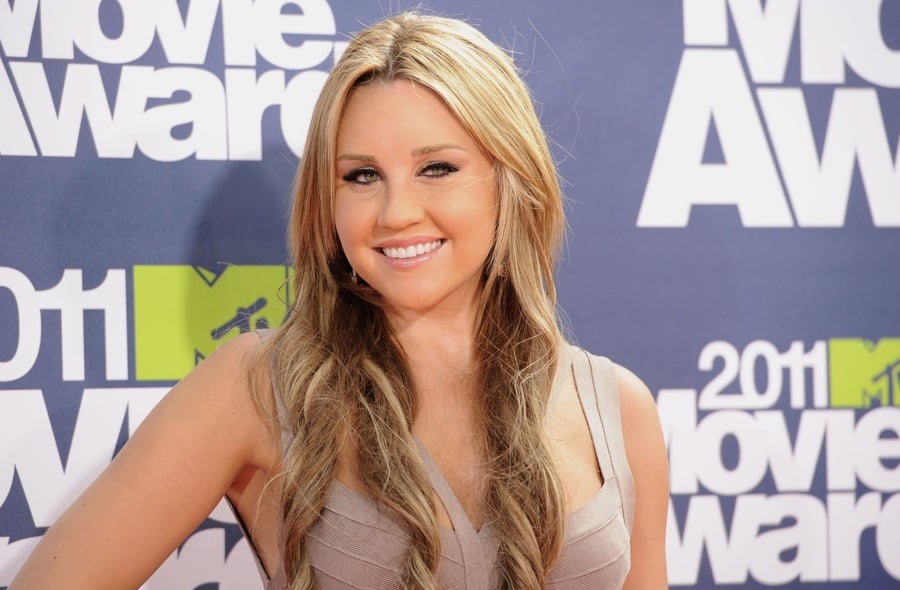 Bynes dated Seth MacFarlane briefly in 2008. They met when she voiced a character on his animated show "Family Guy."

In June 2010, Bynes announced that she was retiring from acting to focus her time on building a fashion and fragrance line.

She was arrested for DUI in April 2012, and four months later she was arrested again, this time for a hit and run. In this period Bynes was involved in four hit and run accidents. Her California license was eventually revoked. Not long after this, Amanda moved to New York City where her behavior continued to be notably erratic.

In July 2013, Bynes was detained by Ventura County sheriff's after she allegedly started a small fire in the driveway of a stranger's house in Thousand Oaks. She was hospitalized under a 72-hour mental-health evaluation hold.

In a series of tweets in October 2014, Bynes accused her father of emotional and sexual abuse. Bynes soon recanted her accusation and went on to blame it on the "microchip in my brain." She said her father was the person who ordered her to be microchipped. Not long after this incident, she announced that she had been diagnosed with bipolar disorder. 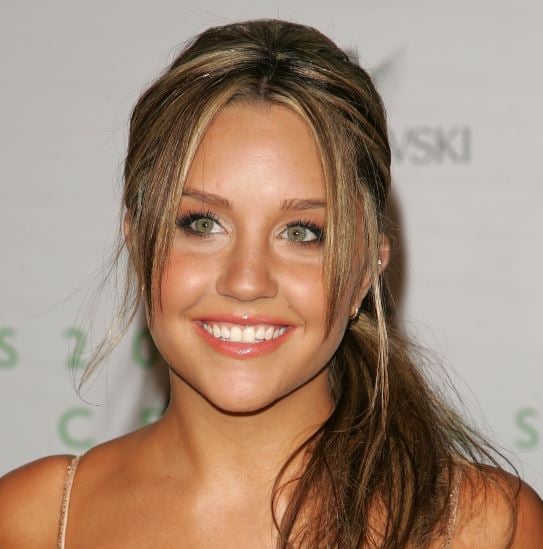 In 2018, Bynes revealed that thanks to the help from her parents, she'd been sober for four years. She also apologized for everything she said on Twitter during the time she was using drugs and alcohol.

In December 2019, Bynes reportedly abruptly left her sober living facility and for a bit her whereabouts were unknown. Her parents allegedly rushed to court to ask a judge to force their daughter to return to treatment. In addition to fleeing the facility, Amanda was allegedly not complying with her court-ordered conservatorship, nor was she attending school. She was previously under close watch at the sober living home and required to participate in drug testing, obey a curfew, and help with mental health treatment.

In March 2020, Bynes announced her engagement to Paul Michael on her Instagram page. The couple reportedly met at an AA meeting,  In March 2020, the couple announced that they were expecting their first child. This post was later deleted and attorneys for Bynes confirmed that she is not pregnant. Bynes and Michael would have needed permission to marry because Bynes was still under a conservatorship at that time.

After a series of disturbing mental health incidents and run-ins with the law, Amanda's parents were granted conservatorship over their daughter in July 2013.

In February 2022 Amanda applied to have the conservatorship lifted. That request was granted in March 2022.

At the peak of her career, Amanda earned between $2 and $3 million per year but that figure has diminished significantly over time.

When Amanda's parents applied for the conservatorship in July 2013, they claimed that Amanda had blown through $1.2 million of her savings in less than a year and was homeless without a consistent source of income. They stated that Amanda regularly withdrew large amounts of cash from her bank account including $100,000 on both June 4 and July 2. They also claimed that Amanda had recently hired a taxi to drive her from New York City to Los Angeles after she was unable to get on a plane because she did not have a driver's license or passport.

In October of 2014 Amanda's parents submitted paperwork that detailed the full-picture of her finances at that point. At that point Amanda's total assets were valued at $5.7 million, of which $2.8 million was real estate and $2.9 was cash or cash equivalents. The filings also showed that Amanda earned around $145,000 the previous year renting real estate out some real estate assets.

In November 2011, Amanda paid $1.879 million for a 4-bedroom, 4,600 square-foot home in Calabasas, California. This is the main property that has been generating rental income for Amanda for a decade. It was first listed for rent in October 2012 for $9,300 per month. The home is estimated to be worth $4 million today.