Amanda Brooks Net Worth: Amanda Brooks is an American actress who has a net worth of $500 thousand. Amanda Brooks was born in New York City, New York in June 1981. She is the daughter of songwriter Joseph Brooks who is most famous for the song "You Light Up My Life". She has a brother named Nicholas Brooks who was found guilty of murdering his girlfriend in 2013.

Amanda Brooks made her acting debut in the film Yorick in 2002. She went on to star in the movies River's End, Flightplan, Cut Off, Dragon Wars, Stiletto, My Best Friend's Girl, Happy Hour, Chillerama, This Thing with Sarah, and The Canyons. Brooks has also appeared in episodes of the TV series General Hospital, Revenge, The Lottery, Bones, and Longmire. 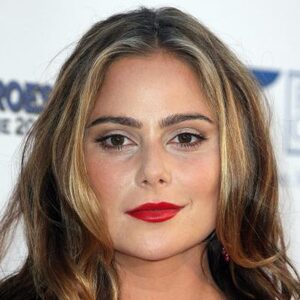