Amanda Blake net worth: Amanda Blake was an American actress who had a net worth of $500 thousand at the time of her death in 1989. Amanda Blake was born in Buffalo, New York in February 1929 and passed away in August 1989. Her best known role came starring as Kitty on the television series Gunsmoke from 1955 to 1974.

Blake starred in several films including Stars In My Crown, Duchess of Idaho, Counterspy Meets Scotland Yard, China Corsair, Smuggler's Gold, Sunny Side of the Street, Cattle Town, Lili, Sabre Jet, Miss Robin Crusoe, About Mrs. Leslie, A Star Is Born, The Adventures of Hajji Baba, The Glass Slipper, High Society, The Boost, and more. She also appeared in episodes of the TV series The Red Skelton Show, The Love Boat, Hart to Hart, The Edge of Night, Brothers, The New Dragnet, and more. Blake was nominated for a Golden Globe Award and three Primetime Emmy Awards for Gunsmoke. Amanda Blake passed away on August 16, 1989 at the age of 60 from multiple health issues. 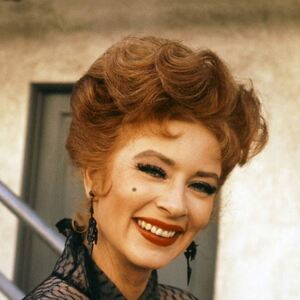