Bearse was born in Winter Park, Florida in August 1958. She is best known for her portrayal of Marcy D'Arcy on Married…with Children. She studied under Sanford Meisner at New York City's Neighborhood Playhouse. From 1981 to 1984 she played Amanda Cousins on All My Children. She appeared the movie Fright Night in 1985. In 1987 Amanda was cast for the Fox sitcom Married…with Children. The show aired until 1997. She directed more than 30 episodes of the sitcom from 1991 to 1997. Bearse has also directed episodes of Mad TV, Reba, The Jamie Foxx Show, Dharma & Greg, Ladies Man, and Two Guys, a Girl and a Pizza Place. In 2001 she reprised the role of Marcy Rhoades in the TV show Nikki. She has also appeared in the shows Drop Dead Diva and Anger Management. In 1993 Bearse became the first primetime actress to come out as being a lesbian when she made her announcement in Advocate Magazine. In one of the final episodes of Married…with Children she played Marcy's lesbian cousin Mandy. She married Carrie Schenken in 2010 and the couple has two children. 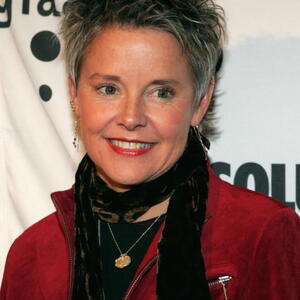