Amaia Salamanca Net Worth: Amaia Salamanca is a Spanish actress who has a net worth of $3 million. She was born in March of 1986 in Madrid, Spain, and is best known for her role as Catalina Marcos in Sin tetas no hay paraiso, which is a Spanish version of the Columbian TV show.

Both are based on the novel of the same name, which was penned by writer Gustavo Bolivar. Though Salamanca was on the fence about pursuing an acting career – even going as far to say that she was not interested in acting professionally, she auditioned to SMS. Though it was her first audition, Salamanca landed the role and went on to appear next to a number of other young actors and actresses, including Yon Gonzalez and Mario Casas. Since, she has continued to take on various roles on both television and films. Some of her more notable roles include Grand Hotel, which ran from 2011 until 2013 and Web Cam, which was filmed in 2010. Salamanca has also worked as a model, appearing in various magazines and commercials. In 2006 she was listed in Maxim magazine's Top 100 Hot List. She landed at number five, beating out Scarlett Johansson and falling just behind Jessica Alba. 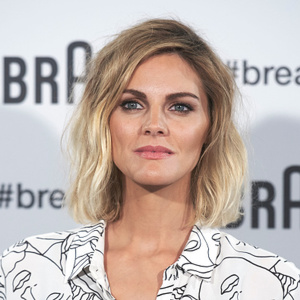