What is Alyson Hannigan's Net Worth and Salary?

Alyson Hannigan is an American actress who has a net worth of $40 million. She is best known for playing the roles of Willow Rosenberg in the television series "Buffy the Vampire Slayer" (1997–2003), Lily Aldrin on the CBS sitcom "How I Met Your Mother" (2005–2014) and Michelle Flaherty in the "American Pie" film series (1999–2012).


Alyson Hannigan was born March 24, 1974 in Washington, D.C to Emilie, a real estate agent, and Al Hannigan, a truck driver. Hannigan got her start in show business at a very young age, appearing in her first film—an instructional video for new parents called "Active Parenting"—before her first birthday. While still a toddler, Hannigan appeared in numerous print ads and developed a love for posing before the camera. At the age of four, she appeared in her first commercial for Duncan Hines, and she later appeared in national TV commercials for Oreos and McDonald's as well. Hannigan attended the Northside School of the Performing Arts in Atlanta, Georgia where she played clarinet in the band and participated on the soccer team.

At the age of 11, she and her mother moved to Los Angeles so she could pursue her budding acting career more seriously. She quickly nabbed small guest-spots in shows that were popular at the time like "Roseanne", "Picket Fences", and "Touched by an Angel." In 1988, a 14-year-old Hannigan made her film debut in the sci-fi comedy "My Stepmother is an Alien." (One of her co-stars was Seth Green, who she would later reunite with on "Buffy" where he played her on-screen boyfriend.) The following year, she landed her first regular role on a TV series in the ABC sitcom "Free Spirit." Hannigan graduated from North Hollywood High School and attended California State University, Northridge, and earned a degree in psychology. 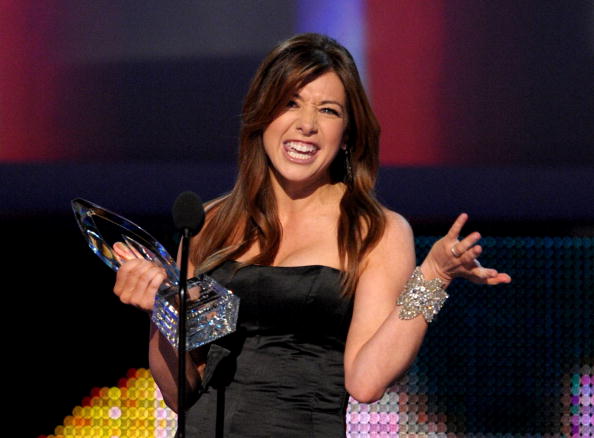 Her breakthrough role came in 1997 when she was cast on the long-running and enormously popular TV series "Buffy the Vampire Slayer." The show followed Buffy Summers (played by Sarah Michelle Gellar), a teenage girl with superpowers which allowed her to fight off vampires and other demons. Hannigan played Willow Rosenberg, Buffy's quirky and complicated best friend, who is revealed to be a lesbian in later seasons. The show's creator, Joss Whedon, did not initially want to cast Hannigan in the role. She also played a guest spot in the "Buffy" spin-off, "Angel." After she gained recognition on "Buffy", Hannigan appeared in several films aimed at the adolescent sector, including the iconic role of Michelle Flaherty alongside Jason Biggs in 1999's "American Pie." The film was an unexpected success with a budget of $11 million, but went on to earn over 10 times that amount at the box office. Alyson's character spawned the popular '90s catchphrase "This one time, at band camp…"

In early 2004, Hannigan made her on-stage debut in the West End when she starred opposite Luke Perry in a stage adaptation of "When Harry Met Sally" at the Theatre Royal Haymarket.

Alyson's major fortune and fame came thanks to her role as Lily Aldrin in the CBS sitcom "How I Met Your Mother" which ran from 2005 to 2014. She was a main-role actor in the series and appeared in all 208 episodes of the show. At her peak, Alyson and the other starring actors earned $225,000 per episode, roughly $5.4 million per season. That does not include syndication royalties.

In February 2006, Hannigan starred as Julia Jones in the comedy "Date Movie," a parody of rom-com films. She also had a guest-starring role on the ABC animated sitcom "The Goode Family." Hannigan teamed up with Emily Deschanel, Jaime King, Minka Kelly, and Katharine McPhee for a Stand Up 2 Cancer skit on FunnyorDie.com in 2008. Since 2016, Hannigan has hosted the TV series "Penn & Teller: Fool Us." Since 2018, she has starred as Claire Clancy in Disney's animated series "Fancy Nancy." In 2019, she appeared as Ann Possible in Disney's original film "Kim Possible." 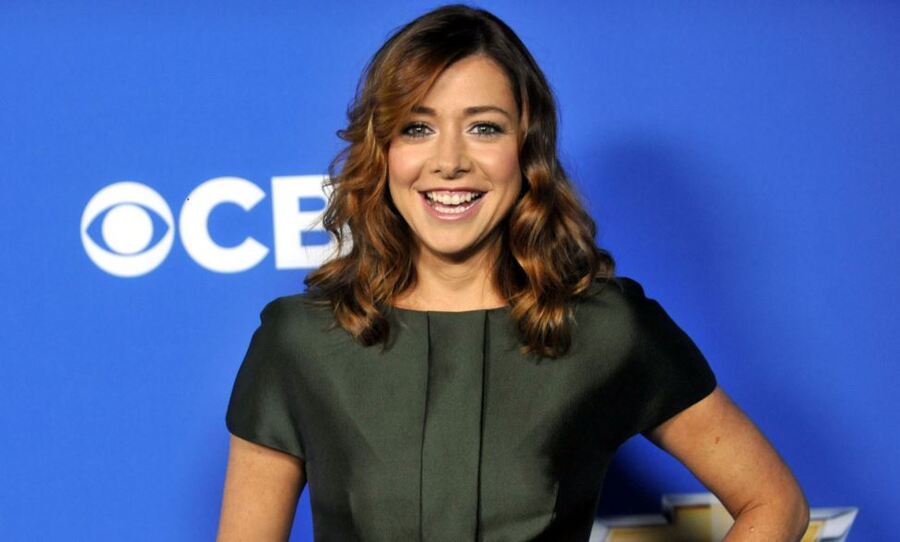 Alyson and her "Buffy" and "Angel" co-star Alexis Denisof were married in Desert Hot Springs, California in October 2003. They have two daughters, Satyana Marie (b. 2009) and Keeva Jane, born in 2012. The family resides in Encino, Los Angeles, California.

In 2015 they bought a much larger home in Brentwood for $8 million which for some reason they sold a year later for $8.156 million. At that same time they paid $8 million for a three-acre compound in the hills of Encino. In June of 2022 Alyson and Alexis listed their Encino home for a whopping $18 million: 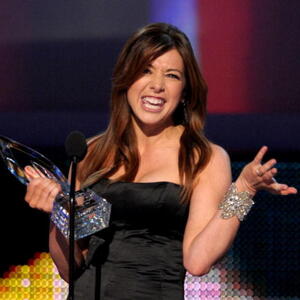