Alysia Reiner net worth: Alysia Reiner is an American actress and producer who has a net worth of $4 million. Alysia Reiner was born in Gainesville, Florida in July 1970. Her best known role has come starring as Natalie Figueroa on the Netflix television series Orange Is the New Black starting in 2013.

Alysia Reiner has also had recurring roles on the TV series How to Get Away with Murder from 2014 to 2015 and Better Things from 2016 to 2017. She has starred in several films including Kissing Jessica Stein, Sideways, One Last Thing…, A-List, Arranged, Schooled, The Vicious Kind, That Awkward Moment, Revenge of the Green Dragons, 5 Flights Up, The Girl in the Book, No Letting Go, Ava's Possessions, Equity, The Female Brain, and more. Alysia Reiner has also appeared in episodes of  several TV series including Law & Order, The Drew Carey Show, Law & Order: Special Victims Unit, Law & Order: Criminal Intent, The Sopranos, 30 Rock, Blue Bloods, Hawaii Five-O, Bones, and more. In 2015 she won a Screen Actors Guild Award for Orange Is the New Black. 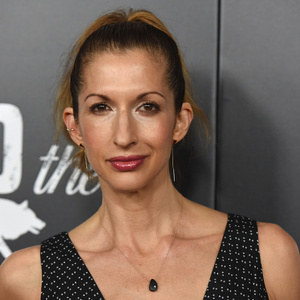