Alonzo Bodden Net Worth: Alonzo Bodden is an American actor, voice actor, and comedian who has a net worth of $800 thousand. Alonzo Bodden is best known for placing third on the reality TV show, Last Comic Standing. He also placed second on the show's previous season, which was also its second running for the network. Born in June of 1962, Bodden released his first comedic DVD entitled, Tall, Dark and Funny. In Last Comic Standing's fifth season he served as a judge and has since worked as a TV host. Bodden has lent his voice to various programs, including Speed Channel's 101 Cars You Must Drive and America's Worst Driver. He also appeared as a guest actor on the TV show, Angel and co-hosted WGN America's Inside the Vault. Bodden has performed his stand up on a number of shows, especially those of the late night variety, including The Tonight Show with Jay Leno, Late Night with Conan O'Brien, Comedy Central Presents, and Late Friday. As of 2014, he has been working as a comedic panelist on the show Mind of a Man, which appears on the Game Show Network. Bodden is a car and motorcycle enthusiast and owns several models of both. 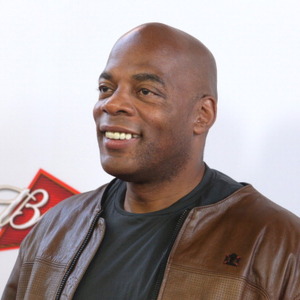