Alona Tal Net Worth: Alona Tal is an Israeli American singer who has a net worth of $600 thousand. Tal was born in October of 1983 in Herzliya, Israel into a Jewish family. After school she joined the Israel Defense Forces, after which she transitioned into her singing career. She got her start when she recorded a music video for a children's musical, where she played an evil witch.

She then went on to appear in a laundry commercial before landing the lead role in To Be a Star (English translation), an Israeli film. Tal also took two TV roles while filming the movie and went on to star or guest star in four seasons. It was at this point that she decided to move to New York City, where she recorded Party to Damascus with Wyclef Jean. She then went on to appear in a number of TV shows, including Veronica Mars and Supernatural; both of which were recurring roles. She appeared in the series finale of Monk, USA's quirky comedy, in which she was the title character's stepdaughter. Then in 2010 she took on the voice role of Kat, or Catherine-B320 in the video game Halo: Reach. However, Tal has not publically stated whether or not she is a fan of the game. She has been married to fellow actor, Marcos Ferraez, since June of 2007. 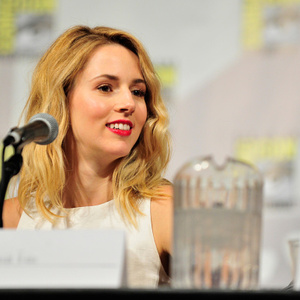