Alok Nath Net Worth: Alok Nath is an Indian actor who has a net worth of $10 million. Alok Nath was born in Delhi, India in July 1956. He is noted for appearing in Bollywood movies and his best known role came starring as Haveli Ram in the television series Buniyaad.

Nath has nearly 200 acting credits to his name. He has starred in the films Gandhi, Indian Babu, 30 Days, Police Force: An Inside Story, That Game of Chess, Bhola in Bollywood, Zameer: The Fire Within, Tango Charlie, Sirf Romance: Love by Chance, and many more. Nath has appeared in some of the biggest hits in Bollywood. Since 2007 he has appeared in the Star Plus television series Sapna Babul Ka…Bidaai. In December 2013 memes and jokes based on characters Nath has played trended on social media. In January 2014 the case study The Curious Case of Alok Nath – Why did Alok Nath Trend on Twitter went viral. 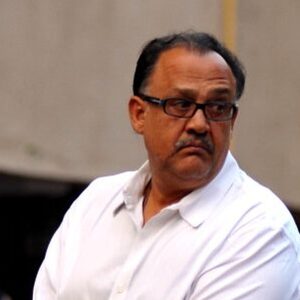