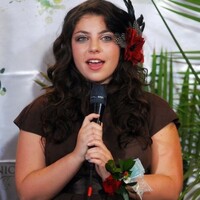 Ally Shapiro net worth: Ally Shapiro is a reality television personality who has a net worth of $2 million. Ally Shapiro is best known for being the daughter of Jill Zarin, former cast member of the hit Bravo reality series, The Real Housewives of New York City. Ally was featured in several episodes with her mother and spent a period of her adolescence in front of the cameras. During the filming of The Real Housewives, she came out publicly regarding her struggles with arthritis and her mother has played a very consistent and central role in her life. When she graduated from high school in New York City, she started attending school at the Sarah Lawrence College in Westchester, which happens to be the most expensive college in the country. Other famous graduates from Sarah Lawrence include Rahm Emanuel, Vera Wang, J.J. Abrams, Julianna Margulies, Elisabeth Röhm, and writers Ann Patchett and Alice Walker. She left Sarah Lawrence College halfway through her academic career and transferred to the well-respected Vanderbilt University where she is studying film. In 2014, she appeared on the hit Bravo reality series Millionaire Matchmaker with Patti Stanger where she began working through her romantic relationships.