Allison Williams net worth: Allison Williams is an American actress, musician and comedian who has a net worth of $5 million. She is probably best-know for appearing in the HBO series "Girls" and the 2017 movie "Get Out".

Allison Williams was born on April 15, 1988 and raised in New Canaan, Connecticut. She is the daughter of NBC News anchor Brian Williams and TV producer Jane Gillan Stoddard. Allison is a 2010 graduate of Yale University. For all four years of college, Allison was an active member of the Just Add Water comedy troupe. After graduating, she began making Youtube videos that were both comedic and musical in nature. She also helped write a series of sketches that became popular on both FunnyorDie.com and CollegeHumor.com. One of her more humorous videos ended up catching the attention of comedy super-producer Judd Apatow who happened to be casting the new HBO show Girls at that time. She soon won the role of the uptight Marnie Michaels opposite the show's co-creator Lena Dunham. Girls premiered in April of 2012 and has since gone on to be one of HBO's most popular and critically acclaimed new shows. Outside of Girls, Allison has made small appearances on shows like The League and The Mindy Project. 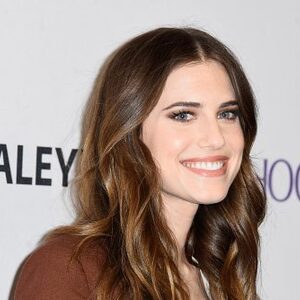