Early Life: Allison Janney was born Allison Brooks Janney on November 19, 1959, in Boston, Massachusetts. She grew up in Dayton, Ohio, with mother Macy (a former actress), father Jervis (a jazz musician and real estate developer), and brothers Jay and Hal. Allison attended Dayton's Miami Valley School, and Connecticut's Hotchkiss School; Miami Valley named her a distinguished alumna in 2005, and she was the Hotchkiss School's Alumna of the Year in 2016. Janney originally wanted a career as a figure skater, but her dreams were dashed after a freak accident involving a sliding glass door caused her to cut a tendon and lose an artery. Allison enrolled at Kenyon College in Ohio and majored in theatre. In 1978, she met Paul Newman and Joanne Woodward when Newman directed her in a production of "C.C. Pyle and the Bunion Derby" at the school's Bolton Theater, and they encouraged Janney in her pursuit of an acting career. She later studied acting at New York's Neighborhood Playhouse School of the Theatre, and she attended London's Royal Academy of Dramatic Art in 1984 after receiving a scholarship.

Theatre Career: In 1989, Allison made her professional stage debut with an uncredited role in an Off-Broadway production of "Ladies," then had minor roles in productions of "Prescribed Laughter In The Emergency Café" (1991) and "Breaking Up" (1993). In 1993, she was one of the titular five women in "Five Women Wearing the Same Dress," and in 1996, she appeared on Broadway for the first time, playing Liz Essendine in "Present Laughter," a role that earned her a Theatre World Award, Outer Critics Circle Award, and Clarence Derwent Award. In 1998, Janney received rave reviews for her performance as Beatrice Carbone in "A View from the Bridge," and in 2009, she co-starred with Megan Hilty and Stephanie J. Block in the musical "9 to 5." She took a break from the stage after "9 to 5," then returned in 2017 to play Ouisa Kittredge in a Broadway production of "Six Degrees of Separation" and won an Outer Critics Circle Award for her performance. 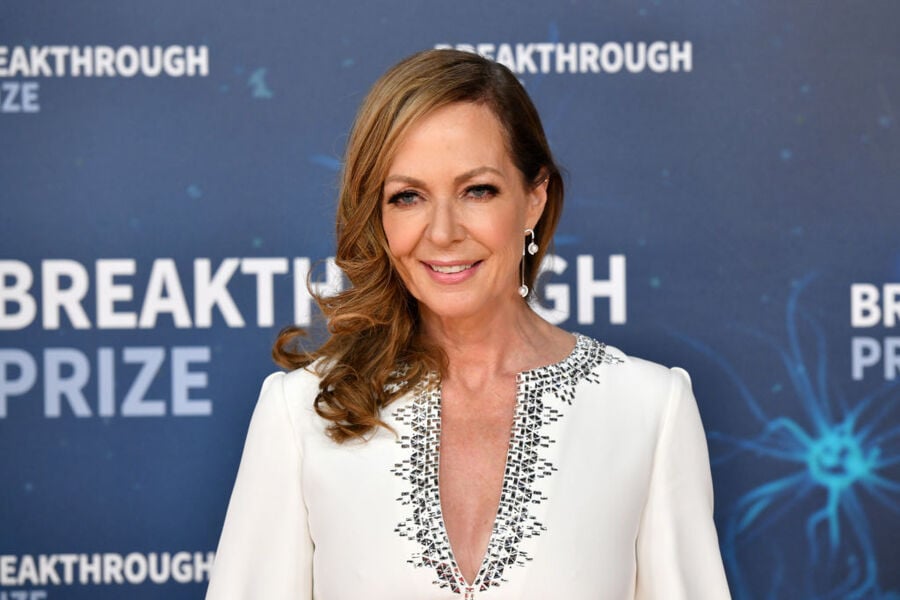 Personal Life: Allison dated computer programmer Dennis Gagomiros from 1994 to 2001 and production manager Philip Joncas from 2012 to 2017. She became engaged to her "Our Very Own" co-star in 2004, after two years of dating, but they ended their relationship in 2006. Janney has spoken about her brother, Hal, in interviews related to "Mom," revealing that he struggled with drug addiction and died by suicide. When she won her Oscar, she dedicated her win to Hal while accepting the award.

Allison is a vocal proponent of same-sex marriage, women's and LGBTQ rights, and addiction recovery, and she has supported several charities, such as Broadway Cares/Equity Fights AIDS, American Heart Association, and GLAAD. Janney took part in the Los Angeles Women's March in 2018, and she participated in Michelle Obama's When We All Vote initiative in 2020, along with her "The West Wing" co-stars. In 2016, Allison appeared at the "Champions of Change" event at the White House, starting off in character as C.J. Cregg before getting serious and stating "I am here today to draw attention to the opioid epidemic and to celebrate those who are working to help others combat substance use disorder…This is a disease that can touch anybody, and all of us can help reduce drug abuse through evidenced-based treatment, prevention and recovery." She made a $250,000 donation to Planned Parenthood in 2017 and a $10,000 donation to the Dayton Foodbank during the COVID-19 pandemic in 2020. 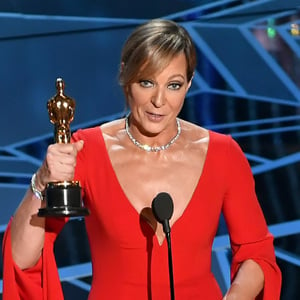