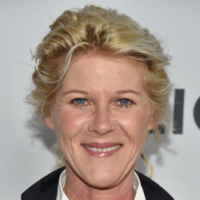 Alley Mills Net Worth: Alley Mills is an American actress who has a net worth of $4 million. Alley Mills was born in Chicago, Illinois in May 1951. She is best known for playing the roles of Norma Arnold on the television series The Wonder Years and Stephanie Forrester on the soap opera The Bold and the Beautiful.

Her debut acting credit came on the 1965 television series Mr. Novak. From 1979 to 1980 Mills starred as Leslie Dunn on the TV series The Associates. She starred as Sara Conover on the series Making the Grade in 1982 and also had a recurring role on Hill Street Blues the same year. From 1988 to 1993 she starred as Norma Arnold on The Wonder Years. Mills starred as Marjorie Quinn on the TV series Dr. Quinn, Medicine Woman from 1993 to 1997. From 2001 to 2004 she had a recurring role as Jenny Ludke on the series Yes, Dear. Since 2006 she has starred as Pamela Douglas on the television series The Bold and the Beautiful. She has also starred in the movies Diary of a Mad Housewife, Going Berserk, Jane White is Sick & Twisted, and A Golden Christmas.