What was Allen Ludden's net worth?

Allen Ludden was an American television personality, actor, emcee, and game show host who had a net worth equal to $5 million at the time of his death, after adjusting for inflation. Allen Ludden was born in Mineral Point, Wisconsin in October 1917 and passed away in June 1981. He was best known for hosting the television game show Password from 1961 to 1980.

Ludden hosted The General Electric College Bowl from 1959 to 1962. From 1962 to 1967 he was a panelist and guest on the TV series What's My Line?. Ludden was featured on The Match game in 1967 and It Takes Two in 1969. He hosted the TV series Win with the Stars from 1968 to 1969 and Allen Ludden's Gallery in 1969. He was the announcer for the TV series documentary The Pet Set in 1971 and was also featured on series including The Mike Douglas Show, Tattletales, Stumpers!, Dinah!, Password Plus, and more. Ludden won Daytime Emmy Awards for Password in 1974 and 1976 and received a star on the Hollywood Walk of Fame at 6743 Hollywood Blvd in 1988.

He was married twice including to Betty White. Allen Ludden passed away on June 9, 1981 at 63 years old.

In 1978, Betty and Allen Ludden paid $170,000 for an undeveloped property in Carmel-by-the-Sea, California. They proceeded to construct a 3,700 square-foot, 4-bedroom home with incredible views of the ocean. Construction was complete in 1981. Tragically, Allen died a few days after they finally moved in. Betty owned the home for the rest of her life.

In March 2022, Betty's heirs placed the property on the market for a little under $8 million: 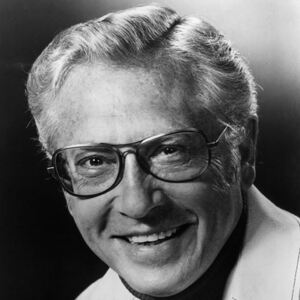