Allen Covert Net Worth and salary: Allen Covert is an American comedian, actor, writer and producer who has a net worth of $10 million. Allen Covert was born October 13, 1964 in West Palm Beach, Florida. He attended New York University, where he also met classmate and future collaborator, Adam Sandler. Allen got a job at the Improv as a doorman, which led to his stand-up career. He then landed his first role in the film Going Overboard. This led to working with Sandler.  Allen has worked on 12 of 15 films to date that include Adam—films such as Little Nicky, Happy Gilmore, The Wedding Singer and Deuce Bigalow Male Gigolo. In 2006, Allen had the lead role in his own movie, playing Alex in the hit comedy Grandma's Boy which he also produced and wrote. Although Covert's on-screen presence has been reduced in recent years, he has continued to serve an active role in Adam Sandler's movie production company, Happy Madison Productions, where Covert is an executive producer and sometimes co-writer on many of the company's films. In addition, Covert has contributed heavily to Sandler's many comedy albums, and frequently receives co-songwriting credits on the original songs Adam Sandler performs in many of his films. Covert also appeared as himself, along with Adam Sandler, in an episode of the television series Undeclared. The show's creator, Judd Apatow, is another friend and former college classmate of Covert and Sandler. Covert is also the founder of Cherry Tree Books where he creates children's books for the iPad and iPhone. 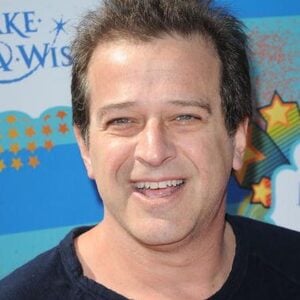