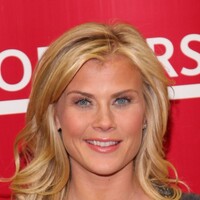 What is Alison Sweeney's Net Worth?

Alison Sweeney is an actress, reality television show host and author who has a net worth of $9 million. She had her breakthrough role as Samantha "Sami" Brady on the daytime soap opera "Days of Our Lives," a role she originally played from 1993 to 2015 before returning as a series regular in 2021. While still on the show in 2007, Sweeney began hosting the reality television competition program "The Biggest Loser."

Allison has co-hosted several Jerry Lewis MDA Telethons over the years. In one six hour telethon alone, she helped raise more than $60 million for the cause. Alison operates the website alisonsweeney.com, which is dedicated to fitness and health for moms.

Alison Sweeney was born on September 19, 1976 in Los Angeles, California. She has two brothers, and is of Irish ancestry. Sweeney made her television debut at the age of five, when she appeared in an advertisement for Kodak. She was subsequently in episodes of such popular shows as "Simon & Simon," "St. Elsewhere," "Webster," and "Tales from the Darkside." For her higher education, Sweeney went to UCLA to study economics, but left before graduating to focus on her acting career.

"Days of Our Lives"

In 1987, Sweeney made her first appearance on the NBC daytime soap opera "Days of Our Lives," playing a younger version of Judi Evans' character Adrienne Johnson Kiriakis. However, Sweeney didn't become a regular on the series until six years later, when she began playing the teenaged version of Sami Brady. Over the years, the character became known for her troublemaking, her tumultuous romances, and her fiercely protective maternal nature. Additionally, she is the mother of Will Horton, who was an iconic LGBTQ character on the show. Sweeney continued playing Sami Brady through 2015, and received Daytime Emmy and Soap Opera Digest Award nominations for her work. After leaving "Days of Our Lives," she returned to the show in 2017 to reprise her role as Sami Brady. Sweeney then returned in 2018, 2019, and 2020, and became a series regular again in 2021.

Sweeney had one of her biggest television gigs starting in 2007, when she took over from Caroline Rhea as the host of the reality television competition series "The Biggest Loser." The show features overweight contestants who compete on teams to win a cash prize by losing the most weight relative to their original weight. There are also trainers who create comprehensive workout and nutrition regimens and teach them to the contestants. During the episodes, a variety of temptations and challenges are presented that the contestants must overcome. Each week culminates in a weigh-in to determine which team has lost the most weight; the team with the least percentage lost has one of its members voted off. Trainers on the show have included Bob Harper, Jillian Michaels, Kim Lyons, Dolvett Quince, and Jennifer Widerstrom. Sweeney continued as host of "The Biggest Loser" through season 16 in 2015, after which time she was replaced by trainer Bob Harper.

What is Alison Sweeney's salary for hosting The Biggest Loser? $45,000 per episode 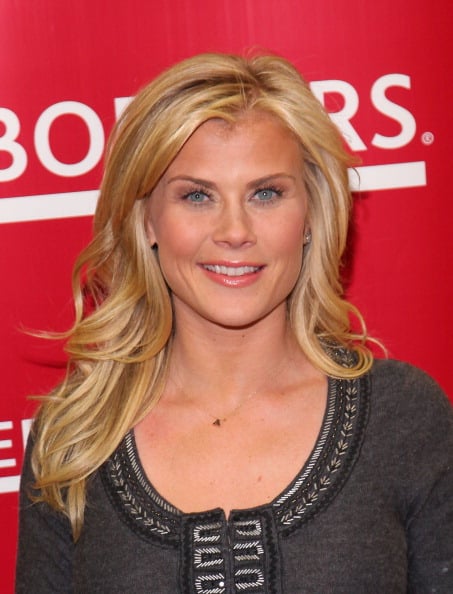 Beyond "Days of Our Lives" and "The Biggest Loser," Sweeney has appeared on a number of series and in various Hallmark television movies. In 1988, she had a main role on the short-lived ABC sitcom "Family Man." The following year, Sweeney began playing Christy McCray in the miniseries "Brand New Life," which aired as part of "The Magical World of Disney" on NBC. Next, the actress appeared in the television films "The End of Innocence" and "Night Sins," and was in two episodes of the soap opera "Bay State." After a seven-year hiatus from the small screen, Sweeney returned in 2001 for a guest appearance on "Friends." In 2002, she competed as a contestant on a celebrity edition of the reality game show "Fear Factor." Sweeney subsequently appeared in episodes of the NBC series "American Dreams" and "Las Vegas." In 2010, she guest-starred in an episode of the medical drama "Mercy," and in 2015, was a guest judge on the cooking competition show "Beat Bobby Flay."

Sweeney has been in numerous Hallmark television movies. In 2013, she appeared in "Second Chances" opposite her "Days of Our Lives" costar Greg Vaughan. From 2015 to 2017, she was in the "Murder, She Baked" series, based on the cozy mystery novels by Joanne Fluke; she appeared in another installment of the series in 2021. Sweeney was also in "Love on the Air," "The Irresistible Blueberry Farm," and "Christmas At Holly Lodge." Starting in 2019, she began appearing in the "Chronicle Mysteries" series of films, playing podcast host Alex McPherson. Her other television film credits have included such Hallmark holiday movies as "Time For You to Come Home for Christmas," "Good Morning Christmas!," and "Open by Christmas."

In July of 2000, Sweeney wed David Sanov after having dated him for close to three years. Together, the couple has a son and a daughter, and resides in Los Angeles, California.

Sweeney struggled with her weight in the 90s; she later documented these struggles in her 2004 memoir "All the Days of My Life (So Far)." Her weight journey was one of the factors that led to her hosting the show "The Biggest Loser."