Alie Ward net worth: Alie Ward is an American writer, actress, television host, and podcast host who has a net worth of $1 million. She first became known for her work on the TV series The Henry Ford's Innovation Nation, for which she won a Daytime Emmy.

Alie Ward was born in San Francisco, California in November 1976. She is also known for being one half of the duo Alie and Georgia with her friend Georgia Hardstark. Ward has served as a writer for the television series The Henry Ford's Innovation Nation. As an actress she starred as Miranda on the TV series Nash Bridges from 1998 to 2000. Alie Ward starred as Science Lady on the TV series documentary Brainchild in 2018. She has appeared in episodes of the TV series Roswell, The District, 7th Heaven, Grey's Anatomy, and Key and Peele. Ward has hosted several TV series including Classy Ladies with Alie Ward and Georgia Hardstark, Tripping Out with Alie and Georgia, Drinks with Alie and Georgia, Food's Greatest Hits, Slumber Party, Unique Sweets, Food: Fact or Fiction?, The Henry Ford's Innovation Nation, 100 Humans: Life's Questions. Answered, Did I Mention Invention?, and more. 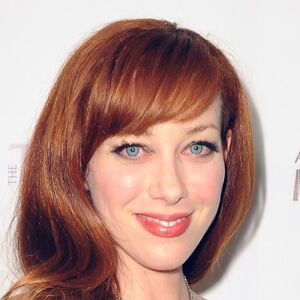