What is Alicia Silverstone's Net Worth and Salary?

Alicia Silverstone is an American actress, producer, author, and activist who has a net worth of $20 million. Silverstone began her career as a child, appearing in television commercials and landing modeling work. In 1992, she appeared in an episode of "The Wonder Years," and she made her big screen debut in "The Crush" the following year. Alicia gained further recognition as a teen when she appeared in three music videos for the rock band Aerosmith.

She is best known for her role as Cher Horowitz in the 1995 hit "Clueless". She was paid $250,000 for the role. The film's success earned her a multi-million-dollar deal with Columbia-TriStar that for a short period made Alicia one of the highest-paid actresses in Hollywood. Two years later, in 1997, she earned $1.5 million to play Batgirl in the big-budget 1997 film "Batman & Robin," which grossed $238.2 million at the box office AND $5 million for "Excess Baggage".

Silverstone has more than 60 acting credits to her name, including the films "Excess Baggage" (1997), "Blast from the Past" (1999), and "Beauty Shop" (2005) and the television series "Miss Match" (2003) and "The Baby-Sitters Club" (2020). Alicia is committed to animal welfare and environmentalism, and she has published the books "The Kind Diet: A Simple Guide to Feeling Great, Losing Weight, and Saving the Planet" (2009) and "The Kind Mama: A Simple Guide to Supercharged Fertility, a Radiant Pregnancy, a Sweeter Birth, and a Healthier, More Beautiful Beginning" (2014).

Alicia Silverstone was born on October 4, 1976, in San Francisco, California. Her mother, Deirdre, was formerly a flight attendant for Pan Am, and her father, Monty, worked as a real estate agent. Alicia grew up in a Jewish household in Hillsborough, California, and started modeling at the age of 6. She soon began landing roles in television commercials, beginning with one for Domino's Pizza. Silverstone studied at Crocker Middle School and San Mateo High School, where she was a member of the cheerleading squad. Alicia has an older brother, David, as well as an older paternal half-sister, Kezi.

In 1992, Silverstone played Kevin Arnold's "dream girl" on the "Road Test" episode of ABC's "The Wonder Years," then she co-starred with Cary Elwes in 1993's "The Crush," in which she played a teenager who attempts to ruin an older man's life after he rebuffs her advances. She then appeared in the TV movies "Torch Song" (1993), "Scattered Dreams" (1993), and "Cool and the Crazy" (1994) and Aerosmith's "Cryin" (1993), "Amazing" (1993), and "Crazy" (1994) music videos. In 1995, Alicia appeared in four films: "Le Nouveau monde," "Hideaway," "Clueless," and "The Babysitter." After the success of "Clueless," she signed a multi-picture deal with Columbia-TriStar and started a production company called First Kiss Productions. In 1997, Silverstone co-starred with George Clooney and Chris O'Donnell in "Batman & Robin" and produced and starred in "Excess Baggage."

Alicia portrayed the Princess of France in a 2000 adaptation of "Love's Labour's Lost," and from 2001 to 2003, she voiced Sharon Spitz on the animated series "Braceface," which she also produced. In 2002, Silverstone co-starred with Kathleen Turner and Jason Biggs in a Broadway production of "The Graduate," and the following year, she played the lead role on the NBC series "Miss Match." She then appeared in 2004's "Scooby-Doo 2: Monsters Unleashed," which brought in $181.2 million at the box office, and the 2005 "Barbershop" spinoff "Beauty Shop." Alicia had a cameo as herself in the 2008 comedy "Tropic Thunder" and appeared in stage productions of David Mamet's "Speed-the-Plow" (2007) and "Boston Marriage" (2007) and Donald Marguiles' "Time Stands Still" (2009–2010). 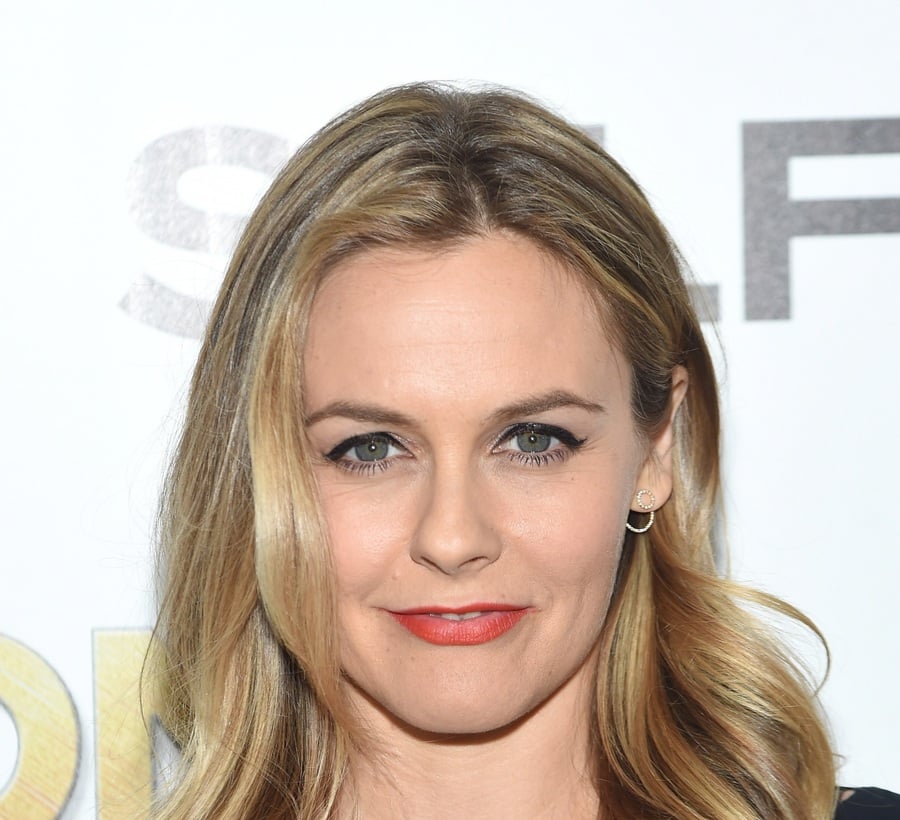 Personal Life: Alicia married musician Christopher Jarecki on June 11, 2005, eight years after meeting him in front of a movie theater. The couple welcomed son Bear on May 5, 2011, and in March 2012, Silverstone received attention from the media after she released a video in which she pre-chewed Bear's food and fed him from her mouth. Alicia and Christopher divorced in November 2018, and Silverstone was ordered to pay Jarecki $12,000 in spousal support per month; the two share joint physical custody of Bear. Alicia has been a vegan since 1998, and she was voted PETA's Sexiest Female Vegetarian in 2004. She opened a Los Angeles sanctuary for rescued pets and has posed nude in pro-vegetarianism and anti-wool advertisements for PETA. Silverstone has received criticism for her stance on vaccines, stating that many children are "never the same after receiving a vaccine." 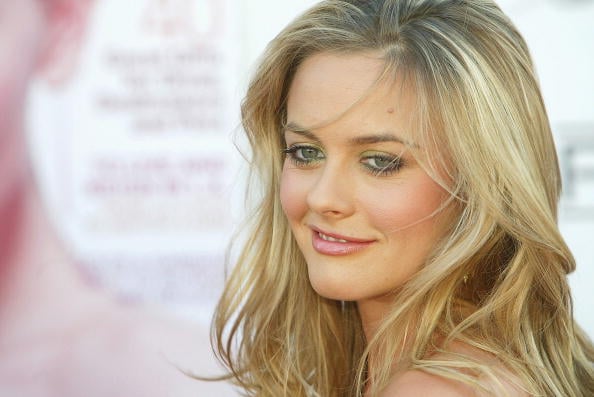 "Clueless" earned Silverstone an American Comedy Award, Blockbuster Entertainment Award, and National Board of Review award, and she won MTV Movie Awards for Best Female Performance and Most Desirable Female. She also received two MTV Movie Awards for "The Crush" (Best Breakthrough Performance and Best Villain) and a Kids' Choice Awards for Favorite Movie Actress for "Batman & Robin." In 2004, Alicia won a Genesis Award for Children's TV Series for "Braceface," was named Hottest Coolest Young Veteran at the Young Hollywood Awards, and earned a Golden Globe nomination for Best Performance by an Actress in a Television Series – Comedy or Musical for "Miss Match." She has also received nominations from the Bravo Otto awards, Chicago Film Critics Association Awards, Daytime Emmy Awards, Fangoria Chainsaw Awards, Satellite Awards, and Young Artist Awards. In 2009, Silverstone was honored with a Heart Of Green Award for helping "green go mainstream," and in 2010, the Physician's Committee For Responsible Medicine gave her a Voice Of Compassion Award.

In 1996, Alicia paid $597,000 for a 2,402 square foot home in Los Angeles. The 4-bedroom, 2-bathroom home is eco-friendly and features an organic vegetable garden and solar panels. As of this writing, Silverstone still lives in the home.