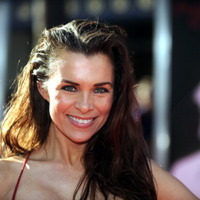 Alicia Arden net worth: Alicia Arden is an American actress who has a net worth of $500 thousand. Alicia Arden was born in Las Vegas, Nevada in May 1969. She starred as Theresa Carter on the soap opera General Hospital from 2002 to 2004. Arden has appeared in several films including Caged Hearts in 1996, Trojan War in 1997, Lovers and Liars in 1998, Vegas, City of Dreams in 2001, Violent Blue in 2011, American Nudist in 2011, Blue Dream in 2013, Micky's Summer Resort in 2014, She and I in 2015, and Enemy Within in 2016. Alicia Arden has also appeared in an episode of the TV series Baywatch, the TV movie Red Shoe Diaries, and the video Prison of the Dead. She also auditioned on the reality TV series America's Got Talent as a gymnast in 2009.

Jeffrey Epstein Accusations: In 2019, Alicia Arden came forward to accuse financier Jeffrey Epstein of inappropriately touching her during what was supposed to be a modeling audition in the 1990s.