Alice Eve net worth and salary: Alice Eve is an English actress who has a net worth of $6 million. She is probably best-known for appearing in movies such as "She's  Out of Me League" and "Star Trek Into Darkness".

Alice Eve was born on February 6, 1982 in London, England. Both of her parents are fairly well-known British actors. She studied acting at University, including a gap-year in Los Angeles where she took classes at the Beverly Hills Playhouse. Today Alice is probably most well known for movies like She's Out of My League, Men in Black III, Star Trek Into Darkness and TV shows like Entourage and Black Mirror. Her parents played her parents in She's Out of My League. Some fans will notice that she has a rather rare case of heterochromia, where her right eye is green and her left eye is blue. Alice was married to her high school sweetheart, financier Alex Cowper-Smith, from 2014 to 2017. 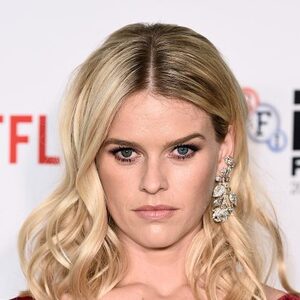