Alice Evans Net Worth: Alice Evans is a British actress who has a net worth of $5 million. Alice Jane Evans was born in New Jersey in August 1971. She was raised in Bristol, England by her parents who were teachers. She graduated from University College London and then moved to Paris.

Her first TV appearance came in the series Strangers in 1996. Evans made her film debut in 1998's Rewind. She starred as Clara in the series Elisa Top Model from 1996 to 1999. From 2003 to 2004 she appeared on The Chris Isaak Show as Olivia Garson. Evans had recurring roles on Lost in 2009 and on The Vampire Diaries as Esther from 2011 to 2012. In 2000 she starred as Chloe Simon in Disney's 102 Dalmatians movie and as Kerry Speight in 2003's Blackball. She has also appeared in episodes of Highlander, Best of Both Worlds, CSI: Miami, Curb Your Enthusiasm, The Mentalist, Brothers & Sisters, and Grimm. Alice married actor Ioan Grufford in 2007 and the couple has two daughters together. She was previously in a relationship with Pablo Picasso's grandson Olivier Widmaier Picasso. 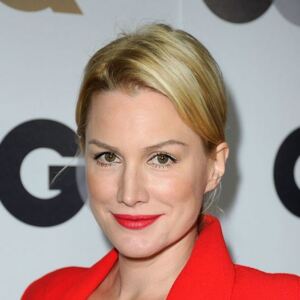