Alice Braga net worth: Alice Braga is a Brazilian actress who has a net worth of $2 million dollars. Alice Braga was born in Sao Paolo, Brazil, and grew up in a showbiz family. Both her mother and her aunt are celebrated actresses, and she grew up watching them work. She began her professional on-camera career when she was eight, appearing in a yogurt commercial.

She gained widespread notice for her performance in 2002's "City of God", and her career took off from there. Since then, she has appeared in such projects as "Lower City", "Journey to the End of Night", "Drained", "Rummikub", "I Am Legend", "Redbelt", "Blindness", "Crossing Over", "Repo Men", "Predators", "The Rite", "On the Road", and "Elysium". She has also appeared on multiple Portuguese television series, including "Carandiru, Outras Histórias" and "As Brasileiras". She is next slated to appear in "The Ardor" and "Kill Me Three Times". 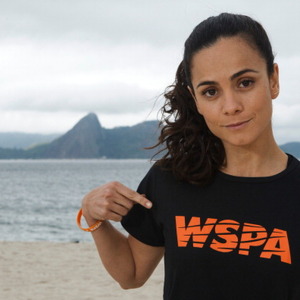