What is Ali Larter's Net Worth?

Ali Larter is an American model and actress who has a net worth of $10 million dollars. Ali Larter is best known for her roles in the "Final Destination" and "Resident Evil" film franchises and on the NBC television series "Heroes." Other notable credits have included the films "Legally Blonde," "A Lot Like Love," "Marigold," and "Obsessed." As a model, Larter garnered attention for portraying fictional celebrity Allegra Coleman in a 1996 hoax in Esquire magazine.

Ali Larter was born on February 28, 1976 in Cherry Hill, New Jersey to realtor Margaret and trucking executive Danforth. For her education, she went to Carusi Middle School and then to Cherry Hill High School West. Although she still graduated, Larter did not complete her senior year due to her modeling career.

When she was 14, Larter was spotted by a modeling scout who invited her to star in a commercial for the Philadelphia Phillies. This led to a modeling contract with New York's Ford Modeling Agency. Larter went on to model throughout Australia, Japan, and Italy. One of her most famous modeling appearances was in late 1996, when she portrayed fictional celebrity Allegra Coleman for a hoax feature in Esquire magazine. Larter appeared on the cover of Esquire as this imaginary woman, who was created by writer Martha Sherrill to parody celebrity profiles.

Larter made her feature film debut in 1999 in the coming-of-age sports film "Varsity Blues." Playing Darcy Sears, the love interest of Paul Walker's character, she makes an appearance wearing nothing but whipped cream in one particularly memorable scene. Later in 1999, Larter had supporting roles in the teen comedies "Giving it Up" and "Drive Me Crazy," as well as in the remake of the supernatural horror film "House on Haunted Hill." In 2000, she was in another supernatural horror film, "Final Destination." Her role as Clear Rivers became one of her most famous; she would go on to reprise it in the sequel "Final Destination 2." Larter next appeared in the comedies "Legally Blonde" and "Jay and Silent Bob Strike Back" and the Western "American Outlaws." In 2004, she starred alongside Joy Bryant and Dominic Purcell in the crime thriller "Three Way." The following year, Larter was in the independent drama "Confess" and the romantic dramedy "A Lot Like Love," starring Ashton Kutcher and Amanda Peet.

Larter had her most prolific year on film yet in 2007 with four credits, including the comedy "Homo Erectus" and the biographical drama "Crazy." Her other two films that year were the romantic musical comedy "Marigold," in which she starred opposite Bollywood actor Salman Khan, and the action horror sequel "Resident Evil: Extinction," the third installment in the film franchise adaptation of the "Resident Evil" video game series. In the film, Larter portrayed Claire Redfield, a role she later reprised in "Resident Evil: Afterlife" and "Resident Evil: The Final Chapter." Her other notable film credits have included the psychological thriller "Obsessed," costarring Idris Elba and Beyoncé; the comedy "Lovesick," with Matt LeBlanc; the science-fiction horror film "The Diabolical"; and the neo-Western crime thriller "The Last Victim," costarring Ralph Ineson and Ron Perlman. 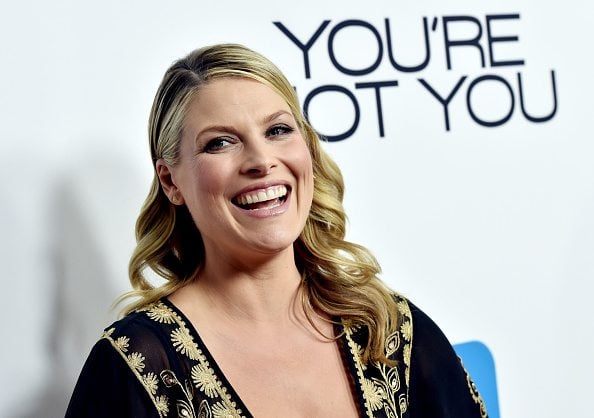 On the small screen, Larter made her debut in 1997 with appearances in episodes of "Suddenly Susan" and "Chicago Sons." The next year, she was in episodes of "Chicago Hope," "Just Shoot Me!," and "Dawson's Creek." Larter's biggest television role came in 2006, when she began playing Niki Sanders on the NBC science-fiction series "Heroes." By the third season, she started playing another character named Tracy Strauss. Following her time on "Heroes," which concluded in 2010, Larter had main roles on two short-lived series: the TNT crime drama "Legends" and the Fox baseball drama "Pitch." She was subsequently in episodes of the sitcoms "Curb Your Enthusiasm" and "Splitting Up Together." From 2019 to 2020, Larter played the recurring part of Dr. Grace Sawyer in the second season of the police procedural series "The Rookie."

Beyond film and television, Larter has continued to model for numerous magazines. She has appeared on the covers of Glamour, Seventeen, Maxim, Allure, Philadelphia Style, Lucky, Shape, and multiple international editions of Cosmopolitan, among other magazines. Larter has also been in ads for such brands as Stolichnaya, Parfums de Coeur, and Estée Lauder.

Among her other notable appearances, Larter participated in the "Women Deliver" United Nations conference in Washington, DC in 2010. Later, in 2013, she and her husband hosted the Art of Elysium Gala in Los Angeles.


In late 2007, Larter got engaged to her longtime boyfriend, actor and comedian Hayes MacArthur. The pair married in 2009. They have two children together.

In 2017 Ali and Hayes paid just under $4 million for a home in Santa Monica, California. They previously owned a home in the Hollywood Hills which they bought in 2009 for $3 million and sold in 2016 for $4.15 million. 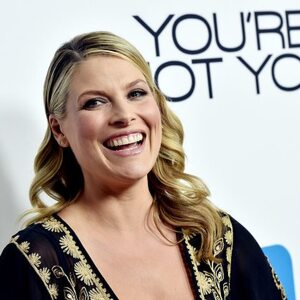