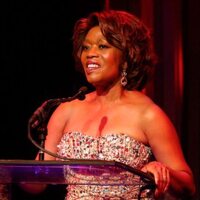 What is Alfre Woodard's Net Worth?

Alfre Woodard is an American actress, producer and activist who has a net worth of $13 million dollars. Alfre Woodard is known for her roles in such films as "Cross Creek," "Grand Canyon," "Heart and Souls," "Passion Fish," and "Clemency." On the small screen, she earned acclaim for her roles on "Hill Street Blues," "St. Elsewhere," "The Practice," and "Desperate Housewives," as well as for her performances in numerous television films, including "Miss Evers' Boys." Beyond acting, Woodard is known for her dedication to activism.

As of this writing she has been nominated for 18 Emmys, one Grammy and one Academy Award. She has won four Emmys, a Golden Globe and Three SAG awards. For many years she held the record for most Emmy wins by a black actor. Regina King tied her record in September 2020.

Alfre Woodard was born on November 8, 1952 in Tulsa, Oklahoma to homemaker Constance and entrepreneur and interior designer Marion. She has two older siblings. As a youth, Woodard went to Bishop Kelley High School; subsequently, she studied drama at Boston University.

Woodard began her acting career on stage, making her debut in 1974 at the Arena Stage in Washington, DC. Two years later, she moved to Los Angeles, California. Woodard had her breakthrough role in 1977, when she appeared in the off-Broadway play "For Colored Girls Who Have Considered Suicide When the Rainbow is Enuf." The following year, she made her feature film debut in the thriller "Remember My Name," and also had a leading role opposite Samuel L. Jackson in the television film "The Trial of the Moke." In 1979, Woodard was in another television film, "Freedom Road."

In 1980, Woodard was part of the ensemble cast of the Robert Altman comedy "Health." Three years later, she gave her most acclaimed film performance yet in the biographical romance film "Cross Creek," earning her an Academy Award nomination for Best Supporting Actress. Woodard followed this with roles in the thriller "Extremities," the Christmas fantasy comedy "Scrooged," and the comedy "Miss Firecracker." Early in the 90s, she drew acclaim for her performances in the dramas "Grand Canyon" and "Passion Fish"; for the latter, she received a Golden Globe nomination for Best Supporting Actress. Woodard was subsequently in "Rich in Love," "Heart and Souls," "Bopha!," "Blue Chips," "Crooklyn," "How to Make an American Quilt," "Primal Fear," and "Star Trek: First Contact." She closed out the 90s with a critically praised performance in Maya Angelou's "Down in the Delta," as well as roles in "Mumford" and "The Wishing Tree."

Woodard continued to be prolific in the 00s, taking on a wide range of roles. Her credits early in the decade included the romantic sports drama "Love & Basketball"; the science-fiction mystery film "K-PAX"; the biographical drama "Radio"; and the science-fiction thrillers "The Core" and "The Forgotten." Woodard was next in such films as "Beauty Shop," "Something New," "Take the Lead," "American Violet," and "The Family That Preys." In 2013, she had a memorable role in the Oscar Best Picture winner "12 Years a Slave." Following this, Woodard was in "Annabelle," "Mississippi Grind," "Knucklehead," "So B. It," "Burning Sands," "Saint Judy," and "Clemency," for which she earned a BAFTA nomination for Best Actress. Her later credits have included "Juanita," "Fatherhood," "Salem's Lot," and "The Gray Man." 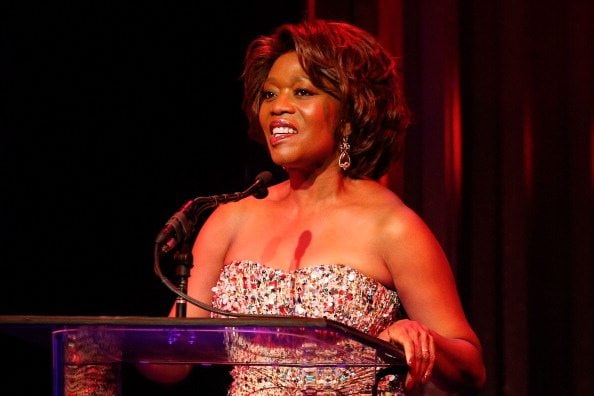 Television Career in the 80s and 90s

On television in the 80s, Woodard appeared in the NBC miniseries "The Sophisticated Gents" and on the short-lived detective series "Tucker's Witch." She had her most successful role yet in 1983, playing the three-episode part of Doris Robson on the police procedural series "Hill Street Blues"; for her work, Woodard won her first Emmy Award. Following a main role on the short-lived sitcom "Sara," she went on to appear in a myriad of acclaimed television films, earning further Emmy nominations for "Words by Heart," "Unnatural Causes," and "A Mother's Courage: The Mary Thomas Story." In 1986, she won her second Emmy for her guest appearance in the pilot episode of "L.A. Law." Also during the decade, Woodard earned two Emmy nominations for her role as Dr. Roxanne Turner on the medical drama "St. Elsewhere."

Woodard's work on television in the 90s brought her further accolades. For her performance in the 1995 television film "The Piano Lesson," she earned both an Emmy nomination and a SAG Award. The following year, she earned another Emmy nomination for her performance as the Queen of Brobdingnag in the miniseries "Gulliver's Travels." Woodard subsequently had a big year in 1997, starring in two television films: "The Member of the Wedding" and "Miss Evers' Boys." For the latter, she swept all the major televised awards, winning the Emmy, Golden Globe, SAG, and NAACP Awards. In 1998, Woodard reprised her "St. Elsewhere" role in an episode of "Homicide: Life on the Street," earning her yet another Emmy nomination.

Television Career in the 2000s and Beyond

Like the previous decades, the 2000s were filled with professional successes for Woodard on the small screen. She won her fourth Emmy Award for her guest role on "The Practice" in 2003, and in 2006 earned a nomination for her role on "Desperate Housewives." Further nominations came for Woodard's performances in the television films "The Water is Wide" and "Pictures of Hollis Woods." She also starred on two short-lived series, "My Own Worst Enemy" and "Three Rivers." From 2010 to 2011, Woodard starred on the TNT series "Memphis Beat." During this time, she also received an Emmy nomination for her recurring role on HBO's "True Blood." Another notable role came in 2012, when Woodard starred in the Lifetime television remake of the film "Steel Magnolias"; for her performance, she earned her record-breaking 17th Emmy nomination. Among her later credits are the series "Copper," "The Last Ship," "State of Affairs," "Luke Cage," "Empire," and "See."

In 1983, Woodard wed writer Roderick Spencer; together, they have two children named Mavis and Duncan, and reside in Santa Monica, California.

Devoted to many activist endeavors, Woodard founded the non-profit organization Artists for a New South Africa, which strives to combat AIDS on the continent and promote democracy in South Africa.

Alfre owns a home in Santa Monica, California that is worth an estimated $3-4 million today.