Alfonso Ribeiro Net Worth: Alfonso Ribeiro is an American actor, director, dancer, and TV personality who has a net worth of $7 million dollars. He is probably best known for appearing as Carlton Banks in the popular TV series "The Fresh Prince of Bel-Air." Since 2015, he has been the host of "America's Funniest Home Videos."

Early Life and Career: Born in The Bronx, New York, on September 21, 1971, Alfonso Ribeiro started working in show business when he was eight years old. Ribeiro's first major childhood role came in the Broadway production of "The Tap Dance Kid", for which he earned a nomination for an Outer Critics Circle Award. In 1984, Ribeiro appeared as a dancer in a Pepsi commercial alongside music star Michael Jackson. During filming, a false rumor spread that Ribeiro died from snapping his neck while dancing in the commercial. Later that year, he was cast as Rick Schroder's best friend in the TV series "Silver Spoons." In 1985, he appeared as himself on MTV advertising a dance instruction book he had written called "Alfonso's Breakin' & Poppin' Book." In 1986, Ribeiro released a 12-inch rap record called "Timebomb" on Prism Records.

In 1990, Ribeiro scored the part of the character of Will Smith's lead character, Carlton Banks, his breakthrough role, on the hit TV series "The Fresh Prince of Bel-Air". He appeared on the show until 1996. Carlton became popular for frequently dancing to Tom Jones' "It's Not Unusual", a dance routine that gained widespread pop culture fame as "The Carlton."

Later Career: In 1994, he began voicing the characters of Randy Robertson and Robbie Robertson on the "Spider-Man" TV series and appeared on "In the House" as Dr. Maxwell Stanton from 1996 until 1999. In 2006, he competed as a celebrity singer on the reality TV show "Celebrity Duets," scoring a victory over runner-up Lucy Lawless.

Ribeiro began hosting Game Show Network's "GSN Live" in 2008 and also landed the hosting role on "Catch 21" the same year. He hosted the popular card game show until 2011. Since then, Ribeiro has appeared on "Things We Do for Love", "Big Time Rush", "Shake It Up", the game show "Spell-Mageddon" on "ABC Family," and the British reality TV show "I'm a Celebrity…Get Me Out of Here!". He was eliminated from the latter on December  5, 2013, finishing in seventh place.  In May 2013, Ribeiro made a surprise cameo appearance on "The Graham Norton Show" to perform The Carlton Dance with the shows' guests Will and Jaden Smith. 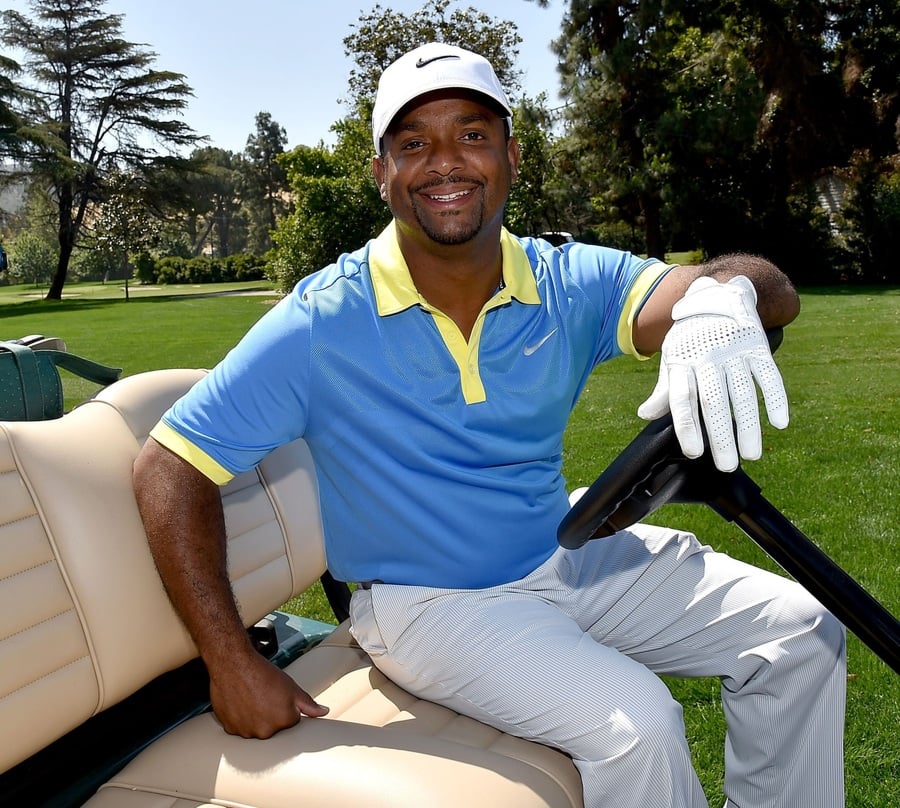 In 2014, he also appeared in the hit ABC television series, "Dancing With the Stars" and won the competition with his partner Witney Carson. He became only the fourth celebrity dancer in the show's history to receive a 9 from each judge in week one. In September 2015, he returned as a guest judge in week three of Season 21 of the show. Ribeiro began hosting/narrating the TV series Unwrapped 2.0 and America's Funniest Home Videos in 2015. He is also a director who directed the television series All of Us from 2006 to 2007 as well as Meet the Browns from 2009 to 2010 and Are We There Yet? from 2011 to 2012.  Ribeiro began hosting the UK game show "Money Tree" in October 2018, and he also served as a guest judge for the UK's "Strictly Come Dancing." In July 2019, his syndicated radio show "The 90s with Alfonso Ribeiro" launched on multiple radio stations across the United States via Sun Broadcast Group. His co-host is radio veteran Daena Kramer. The three-hour weekly show celebrates '90s music and culture, while the two hosts share their stories, fun memories, and pop culture facts from the 1990s.

He has hosted "America's Funniest Home Videos" since 2015. In October 2020, the 31st season of the show premiered with no live audience, but a virtual one, due to the COVID-19 pandemic. Also in 2020, Ribeiro starred in a series of commercials for State Farm Insurance as a fanatic of Chris Paul.

Ribeiro won Image Awards for Outstanding Supporting Actor in a Comedy Series in 1996 for The Fresh Prince of Bel-Air and in 1998 for In the House. His role in "Catch 21" earned him a 2020 Daytime Emmy nomination for Outstanding Game Show Host, but he lost to Alex Trebek.

Personal Life: Alfonso was married to Robin Stapler from January 2002 until August 2006. They have a daughter together and they share joint custody. He married his wife, writer Angela Unkrich, in October 2012, and they have three children together: Alfonso Lincoln Ribeiro Jr. (b. 2013), also known as A.J., Anders Reyn Ribeiro (b. 2015), and Ava Sue Ribeiro (b. May 2019). The family resides in Los Angeles.

In December 2018, NBC and CBS reported that Ribeiro brought a lawsuit against Epic Games for their decision to feature the copied choreography of his popular "Carlton Dance." The game it's used in is "Fortnite" and it's a dance that players can purchase for their avatars. The U.S. Copyright Office denied Ribeiro a copyright for his dance in January 2019 and in March 2019 he dropped the lawsuit. 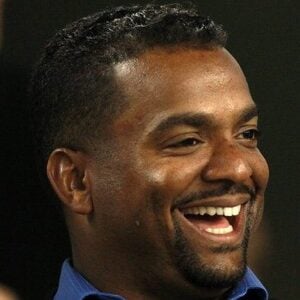