Alfie Allen Net Worth and salary: Alfie Allen is an English actor who has a net worth of $6 million. Alfie Allen was born in Hammersmith, London, England in September 1986. Allen is probably best known for playing the role of Theon Greyjoy on the TV series Game of Thrones.

Alfie's father Keith Allen is an actor and is mother Alison Owen is a film producer. Alfie's older sister Lily Allen is a singer who wrote the song "Alfie" about him. He studied at St. John's College and Fine Arts College. His first film role came in the 1998 movie Elizabeth and the TV movie You Are Here. He starred in the films Agent Cody Banks 2: Destination London, Stoned, Atonement, The Other Boleyn Girl, Flashbacks of a Fool, Boogie Woogie, Freestyle, The Kid, SoulBoy, Powder, Confine, and Plastic. Allen's best known role has come as Theon Greyjoy since 2011 in the HBO drama television series Game of Thrones. For Game of Thrones he has been nominated for two Screen Actors Guild Awards for Outstanding Performance by an Ensemble in a Drama Series. Allen has also been nominated for Best Actor in a Short Film – International Competition at the 2014 CinEuphoria Awards. In total he appeared in 46 of the show's 73 episodes. In the final two seasons he earned a peak salary of $300,000 per episode. 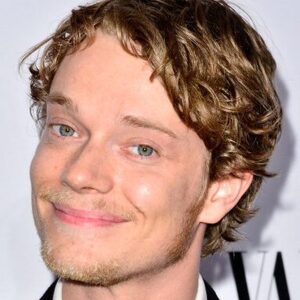