Alexandra Wentworth net worth: Alexandra Wentworth is an American actress, comedian, author, and producer who has a net worth of $16 million dollars. She is probably most widely recognized for the television series, "Head Case", for which she served as creator, producer, and star.

Alexandra Wentworth was born in Washington, D.C. and grew up in a family of journalists and politicians. She went on to graduate from Bard College, and began her professional acting career in the early 90s as a cast member on the sketch comedy series, "In Living Color". From there, she went on to appear in both film and television projects, including "Hardball", "Seinfeld", "Jerry Maguire", "Trial and Error", "The Real Blonde", "The Love Bug", "Office Space", "Felicity", "American Virgin", "Call Me Claus", "It's Complicated", "Cougar Town", "Breathe In", and "Blue Bloods". She is the also the host of "Daily Shot with Ali Wentworth" on Yahoo! Shine. She has also published two books.

Ali has been married to ABC news anchor George Stephanopoulos since 2001. They have two daughters together.

In 2013, they also purchased a property in the town of Southampton, New York for $4.5 million. He and his wife quickly sought to flip the 4,800-square-foot property for a profit, but it wasn't easy. After putting it on the market for about $7 million, the couple continued to slash the price until it was all the way down at $6 million in 2018. 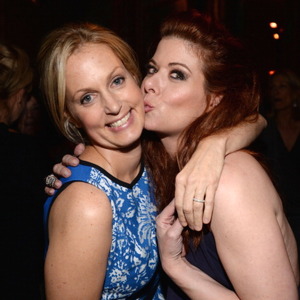