Alexandra Paul net worth: Alexandra Paul is an American actress who has a net worth of $4 million. She is best known for her role in the television series Baywatch, where she appeared from 1992-1997. She has starred in over 70 movies and television programs throughout her career and has also dabbled in producing.

Aside from her time on Baywatch, she is known for appearing in movies like Paper Dolls, Christine, American Flyers, Dragnet, Death Train, and Eight Million Ways to Die. She has co-produced two documentaries Jampacked, a documentary about the world population crisis, and The Cost of Cool: Finding Happiness in a Materialistic World. In addition to her acting career, Paul is also a competitive endurance athlete. She competed in the 1997 Ironman Triathlon and raced in the Maui Channel Crossing in 2006 on top of participating in a number of other races throughout the years. She has been a dedicated environmental and political activist for many years and follows a vegan diet. In 1997, the United Nations honored her for her work on overpopulation, and in 2005 she was named "Activist of the Year" by the ACLU of Southern California. She composts, recycles, and has been driving an electric car since the 90s. She also traveled to Nicaragua with a medical aid group and also to South Africa to help register voters. Paul has been married to triathlon coach Ian Murray since 2000. 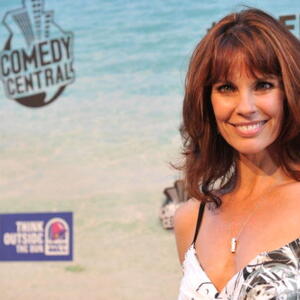