Alexandra Hedison net worth: Alexandra Hedison is an American photographer, director, and actress who has a net worth of $1.5 million. She is probably best known for becoming the recent wife if Jodie Foster and for her role on the Showtime series, The L Word, in addition to her work as a skilled photographer.

She was born in Los Angeles, California on July 10, 1969 and is the daughter of Bridget Mori and the actor, David Hedison. She attended State University of New York at Purchase as well as the University of California. As a photographer, Hedison first exhibited a series of landscapes at Rose Gallery in Los Angeles. Her work is represented in public and private collections worldwide, and her photographs have been shown in both solo and group exhibitions in galleries and museums throughout the United States and Europe. As an actress, she has appeared in The Rich Man's Wife, LA Firefighters, Max Is Missing, and Standing on Fishes, she is also interested in producing. While she is known for her relationship with Jodie Foster, and for their recent nuptials in April of 2014, she was also in a relationship with Ellen DeGeneres from 2001 to 2004. The relationship with Ellen ended shortly before Ellen met Portia de Rossi. 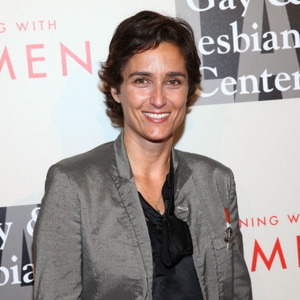