Alexandra Daddario net worth and salary: Alexandra Daddario is an American actress who has a net worth of $8 million dollars. Alexandra Daddario came to fame by playing Annabeth Chase in the "Percy Jackson" series of film adaptations. Her film credits since then have included "Hall Pass," "San Andreas," "Baywatch," and "We Summon the Darkness." Additionally, Daddario has appeared in episodes of television shows such as "It's Always Sunny in Philadelphia," "True Detective," and "New Girl."

Early Life and Career Beginnings: Alexandra Daddario was born in 1986 in New York City, New York. She is the eldest child of Christina, a lawyer, and Richard, a prosecutor who was formerly the head of the New York City Police Department's counterterrorism unit. Daddario has a younger sister, Catharine, and a younger brother, Matthew; they are all of Czech, Italian, English, and Irish descent. Brought up on the Upper East Side of Manhattan, Daddario went to Brearley School and the Professional Children's School. From a young age, she knew she wanted to be an actress. She later enrolled at Marymount Manhattan College, but left in order to pursue a full-time acting career.

At the age of 16, Daddario made her television debut playing the recurring role of Laurie Lewis on the daytime soap opera "All My Children." She subsequently appeared in episodes of the shows "Law & Order" and "Law & Order: Criminal Intent," as well as the pilot episode of "Conviction" and the "Johnny Cakes" episode of "The Sopranos."

Early Film Career and "Percy Jackson": In 2005, Daddario had a bit part in the Noah Baumbach divorce dramedy "The Squid and the Whale." She followed this up with roles in Ethan Hawke's "The Hottest State," the horror film "The Attic," and the independent drama "The Babysitters," starring John Leguizamo and Cynthia Nixon. However, Daddario's first major role came in 2010, when she starred as Athena's demigod daughter Annabeth Chase in the fantasy adventure "Percy Jackson & the Olympians: The Lightning Thief." Based on the popular young adult novel of the same name, the film had a large ensemble cast that included Logan Lerman, Rosario Dawson, Uma Thurman, Catherine Keener, Pierce Brosnan, and Steve Coogan. Daddario reprised her role in the film's 2013 sequel, "Percy Jackson: Sea of Monsters," which was also the last installment in the film series.

Further Film Career: Beyond the "Percy Jackson" films, Daddario has starred in the horror films "Bereavement" and "Texas Chainsaw 3D," and had a supporting role in the Farrelly brothers comedy "Hall Pass," starring Owen Wilson and Jason Sudeikis. In 2014, she was in the zombie comedy "Burying the Ex," and in 2015, had a leading role in the disaster film "San Andreas," with Dwayne Johnson. Following this, she appeared in the Nicholas Sparks romantic drama "The Choice"; a film adaptation of "Baywatch" with Zac Efron; the sex comedy "The Layover," costarring model Kate Upton; the psychological thriller "Night Hunter"; and the mystery film "We Have Always Lived in the Castle."

Among Daddario's later film credits are "Lost Transmissions" and "Lost Girls & Love Hotels." In 2019, the actress both produced and starred in the slasher film "We Summon the Darkness." That year, she also executive produced and starred in "Can You Keep a Secret?," a romantic comedy based on the book of the same name. In 2020, Daddario was in the dystopian film "Songbird," which was the first film shot in LA during the COVID pandemic. 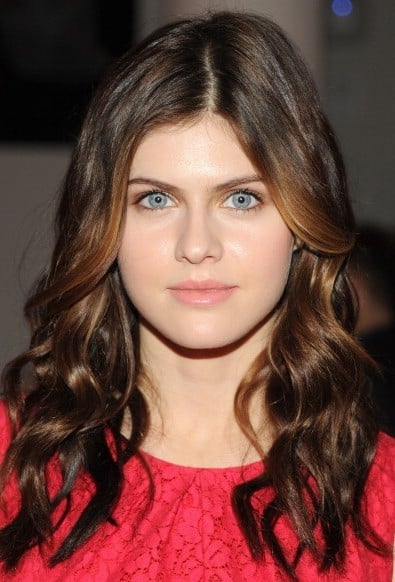 Television Career: In 2009, following appearances in episodes of "Damages," "Life on Mars," and "Nurse Jackie," Daddario landed a recurring role on the USA Network's police drama series "White Collar," playing the love interest of Matt Bomer's main character. Subsequently, she had another recurring role on the NBC series "Parenthood." In 2012, she appeared in an episode of "It's Always Sunny in Philadelphia," and in 2014, showed up on the FX comedy "Married," the Fox sitcom "New Girl," and the HBO crime series "True Detective." In the latter, Daddario played Lisa Tragnetti, a court reporter carrying out an affair with one of the show's protagonists.

In 2015, Daddario appeared in three episodes of the anthology series "American Horror Story: Hotel," playing a fictionalized version of famous costume designer Natacha Rambova. Subsequent television credits have included the comedy series "The Last Man on Earth," the animated sketch series "Robot Chicken," and the sitcom "Workaholics." In 2019, she was part of the ensemble of the anthology streaming series "Why Women Kill," costarring Lucy Liu and Ginnifer Goodwin. Later, in 2021, Daddario had a recurring role on the Starz network's "The Girlfriend Experience."

Music Videos and Video Games: In 2012, Daddario appeared in the music video for "Radioactive," by Imagine Dragons; the video wracked up over one billion views on YouTube. She was later in the music videos for White Reaper's "Judy French," Maroon 5's "Wait," and Bootstraps' "Whenever You're Around."

In other media, Daddario contributed her voice to the video games "Battlefield Hardline" and "Marvel Avengers Academy." For the former, she also recorded herself using motion capture technology.

Personal Life: Having met while filming "Percy Jackson," Daddario began dating actor Logan Lerman in 2010. Although it was rumored that they were briefly engaged, the pair reportedly broke up in 2015. A short while later, Daddario began seeing attorney and television host Ari Melber. Eventually, they too split up. Later, in 2019, Daddario started dating actor Brendan Wallace.

It is also believed that Daddario has been in previous relationships with Trey Songz, Jason Fuchs, and Zac Efron. 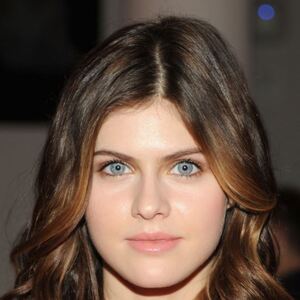