Alex Breckenridge net worth: Alex Breckenridge is an American actress and photographer who has a net worth of $2 million. Alex Breckenridge was born in Bridgeport, Connecticut in May 1982. One of her best known roles came starring as Willa McPherson in the television series Dirt from 2007 to 2008. From 2008 to 2009 she starred as Vivian in the TV series The Ex List.

From 2005 to 2014 she did voice work for the series Family Guy. Breckenridge has also had recurring roles in the TV series Opposite Sex, Life Unexpected, True Blood, Save Me, American Horror Story, and The Walking Dead. She has starred in the movies Orange County, Big Fat Liar, Wishcraft, Vampire Clan, She's the Man, The Bridge to Nowhere, and The Darkest Hour. She has also appeared in episodes of the TV series Dawson's Creek, Freaks and Geeks, Undeclared, Charmed, Buffy the Vampire Slayer, CSI: Crime Scene Investigation, JAG, Medium, Psych, Franklin & Bash, Men at Work, and Rake. 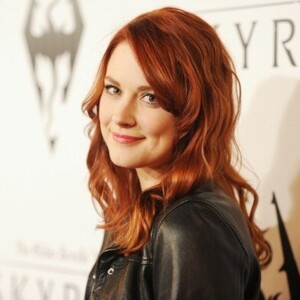