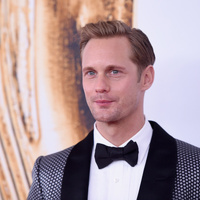 What is Alexander Skarsgård's Net Worth and Salary?

The Swedish actor began his professional career as a child.  His second film made him a star in Sweden, but fame did not sit well with him, and he stepped away from performance. The son of celebrated actor, Stellan Skarsgard, he steered clear of the acting lifestyle, completed his mandatory military service, and moved to London to attend university and major in English.  That lasted about six months.  He moved to the US, and studied theater at Marymount Manhattan College for six months, and then returned to Sweden, where he began working in film, television, and theater, almost immediately.  A vacation to Los Angeles in 2001 resulted in a role in the comedy, "Zoolander", and more roles in Hollywood projects soon followed.  In 2008, he was cast in the role that would make him a household name, as Eric Northam on the hit series, "True Blood". He has worked steadily ever since.Alexander has more than 60 acting credits to his name, including "Zoolander" (2001), "Straw Dogs" (2011), "Melancholia" (2011), "The Legend of Tarzan" (2016), and "Godzilla vs. Kong" (2021). He co-wrote and co-directed the 2003 short film "Att döda ett barn" ("To Kill a Child"), and he produced the 2017 short film "It's Supposed to be Easy." He is also credited as an executive producer on the 2022 film "The Northman," which stars Skarsgård as a Nordic prince on a mission to avenge his father's murder.

Alexander Skarsgård was born Alexander Johan Hjalmar Skarsgård on August 25, 1976, in Stockholm, Sweden. He grew up with father Stellan (an actor), mother My (a physician), and five younger siblings, Bill, Gustaf, Eija, Sam, and Valter. Bill, Gustaf, and Valter are actors, and like Alexander, Bill has also played the villain in a Stephen King adaptation; he starred as Pennywise in 2017's "It" and 2019's "It Chapter Two." Skarsgård also has two half-brothers from Stellan's second marriage. When Alexander was 7 years old, a friend of his father, director Allan Edwall, cast him in his first film role: Kalle Nubb in the 1984 Swedish drama "Åke and His World" ("Åke och hans värld"). At age 13, Skarsgård rose to fame in Sweden after landing the lead role on the 1989 television series "The Dog That Smiled" ("Hunden som log"), but being recognized made him uncomfortable, so he gave up acting for the next seven years. At age 19, Alexander joined the Swedish military, serving in the SäkJakt ("protect and hunt") unit that focused on anti-terrorism and anti-sabotage. He completed his service in 1996, then enrolled at Leeds Metropolitan University in England to study English. He spent six months at the university, and in 2011, he received an honorary degree from the school. In 1997, Skarsgård moved to New York City and took a theater course at Marymount Manhattan College.

After six months in NYC, Alexander went back home to Stockholm and began acting in theatrical productions as well as television and film projects. While vacationing in the U.S., he auditioned for the Ben Stiller supermodel comedy "Zoolander" and was cast in the role of Meekus. Skarsgård then appeared in the 2002 Swedish romantic comedy "Hundtricket – The Movie" ("The Dog Trick") and the 2004 short film "Heartbeat." In 2004, he moved to Los Angeles, and the following year, he appeared in the films "Double Shift" and "Om Sara" ("About Sara") and the NBC miniseries "Revelations." In 2006, Alexander appeared in five films: "The Last Drop," "Never Be Mine," "Kill Your Darlings," "Score," and "Exit." In 2008, he played Brad "Iceman" Colbert in the seven-part miniseries "Generation Kill," which was based on a 2004 Evan Wright book of the same name. After originally sending in an audition tape for the role of Bill Compton on "True Blood," Skarsgård was cast as Viking vampire Eric Northman, appearing in 76 episodes over seven seasons. During his time on "True Blood," Alexander also starred in Lady Gaga's "Paparazzi" music video (2009), guest-starred on HBO's "Eastbound & Down" (2013), voiced Stefan in the animated film "Metropia" (2009), and appeared in several feature films, including "Trust Me" (2010), "Battleship" (2012), "What Maisie Knew" (2012), and "The Giver" (2014). 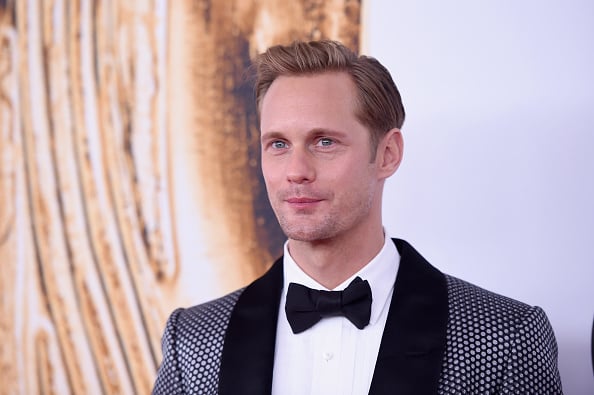 Skarsgård co-starred with Kristen Wiig in the 2015 comedy "The Diary of a Teenage Girl," and in 2016, he had a cameo in "Zoolander 2," appeared in the British buddy cop film "War on Everyone," and played the title role in "The Legend of Tarzan," which grossed $356.7 million at the box office. From 2017 to 2019, he played abusive husband Perry Wright on "Big Little Lies," a role that earned him numerous awards. In 2018, Alexander appeared in the films "Mute," "The Hummingbird Project," and "Hold the Dark," guest-starred on Comedy Central's "Drunk History," and played Gadi Becke on the BBC One drama "The Little Drummer Girl." In recent years, Skarsgård has appeared in the films "The Aftermath" (2019), "Long Shot" (2019), "The Kill Team" (2019), and "Passing" (2021), and he played Nathan Lind in 2021's "Godzilla vs. Kong," which brought in more than $400 million at the box office. From 2020 to 2021, he starred as "charismatic rockabilly demon" Randall Flagg in "The Stand," a nine-part miniseries based on the 1978 Stephen King novel, and in 2021, he landed a recurring role as Lukas Matsson on HBO's "Succession."

Alexander is good friends with "30 Rock" star Jack McBrayer and brought Jack as his date to the 2017 Primetime Emmy Awards, 2018 Golden Globe Awards, and 2018 Screen Actors Guild Awards. Skarsgård was in a relationship with his "Straw Dogs" co-star Kate Bosworth from 2009 to 2011, and he dated model/fashion designer Alexa Chung from 2015 until 2017. Alexander is a football fan and supports Stockholm's Hammarby Fotboll; in 2010, he donated several autographed items to be auctioned off to raise money for the team. He was the American team's ambassador during a 2013 Walking With The Wounded fundraising event that involved trekking to the South Pole; Team UK was led by Prince Harry, and Team Canada/Australia was led by actor Dominic West. A few days into the journey, the competition part of the event was cancelled due to hazardous weather conditions, so the three teams worked together for the remainder of the race, making it to the South Pole on December 13th.

Skarsgård won a Primetime Emmy for Outstanding Supporting Actor in a Limited Series or Movie, a Golden Globe for Best Performance by an Actor in a Supporting Role in a Series, Limited Series or Motion Picture Made for Television, and a Screen Actors Guild Award for Outstanding Performance by a Male Actor in a Television Movie or Limited Series for "Big Little Lies." His performance also earned him a Critics' Choice Television Award, Broadcast Film Critics Association Award, and a Gold Derby Award. Alexander won three Scream Awards for "True Blood" – Best Villain in 2009 and Best Horror Actor in 2010 and 2011 – and the cast won a Special Achievement Award for Best Ensemble, Television at the 2009 Satellite Awards. Skarsgård was named Breakthrough Performer for "Melancholia" at the 2011 Hamptons International Film Festival, and at the 2003 Odense International Film Festival, "Att döda ett barn" won the Press Award and Grand Prix.

In 2012, Skarsgård paid $1.85 million for a 2,400 square foot home above the Los Feliz area of Los Angeles. The hillside home includes three bedrooms and two bathrooms and was built by architect Phil Brown in 1963. In 2017, Alexander purchased a one-bedroom East Village loft for $2.3 million.