Alexander Siddig net worth: Alexander Siddig is a Sudanese-born British actor who has a net worth of $3 million. Alexander Siddig was born in Sudan in November 1965. One of his best known roles came starring as Julian Bashir in the television series Star Trek: Deep Space Nine from 1993 to 1999. Siddig had a recurring role as Hamri Al-Assad in the TV series 24 in 2007.

In 2011 he starred as Philip Burton in the series Primeval and in 2013 he starred as Minos in the series Atlantis. Siddig starred as Al-Rahim in the television series Da Vinci's Demons from 2013 to 2015. Since 2015 he has had a recurring role as Doran Matrell in the TV series Game of Thrones. Siddig starred as Ruben Oliver in the series Peaky Blinders in 2016. He has also starred in several movies including Kingdom of Heaven and Clash of the Titans. Siddig was nominated for an Online Film & Television Association Award for Best Actor in a Syndicated Series for Star Trek: Deep Space Nine in 1993. 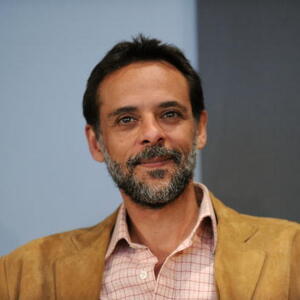