Alexa Vega net worth and salary: Alexa Vega, aka Alexa Penavega, is an American actress, singer and pianist who has a net worth of $8 million. That is a combined net worth with her husband Carlos Pena. After marrying, they both changed their last names to "PenaVega".

Alexa Vega was born on August 27, 1988, in Miami, Florida. Alexa Vega was a spunky child star who shot to fame in 2001 as one of the young secret agents in the 007 spoof "Spy Kids". She worked continuously ever since, landing guest-starring roles on E.R. and Chicago Hope, and appearing in Little Giants and Nine Months. After portraying a young Helen Hunt in Jan de Bont's Twister, she played Steven Seagal's daughter in The Glimmer Man, Alec Baldwin's daughter in Ghosts of Mississippi, and Michelle Pfeiffer's daughter in The Deep End of the Ocean. She returned to series television as Alfred Molina's daughter in CBS' short-lived sitcom Ladies Man, before taking center stage in Spy Kids. In 2003, she was named one of that year's hottest teen celebrities in Vanity Fair. In 2004, she finished filming two movies: Sleepover and State's Evidence, and in the following year starred in a made-for-television drama entitled Odd Girl Out as a victim of cyber-bullying. She also filmed for another made-for-TV movie, Walkout. In June 2006, she finished filming Remember the Daze, which came out to limited theaters in April 2007. In 2007 she made her Broadway debut as Penny Pingleton in Hairspray. She recorded three songs for the soundtracks while playing Carmen Cortez in the Spy Kids films. She sang the song "Christmas is the Time to Say 'I Love You'" in the ABC Family film Santa Baby 2.

She has two half-sisters named Greylin James and Margaux Vega. She also has a half-brother named Jet James. She is half-Colombian and she enjoys freshwater fishing. Alexa married actor Carlos Pena Jr. in 2014. They both changed their last names to the combined "PenaVega". 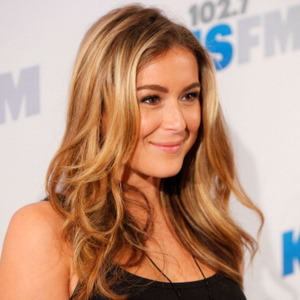