Alexa Davalos Net Worth: Alexa Davalos is an American actress who has a net worth of $4 million dollars. Alexa Davalos was born in Paris, France, to American parents, and grew up in France and Italy. She moved to New York when she was in her late teens. She initially worked as a model, but always knew that she wanted to act.

She took lessons at the Flea Theater in New York City, and began auditioning. She began her professional on-camera career in 2002, appearing in "Coastlines", "The Ghost of F. Scott Fitzgerald" and "Undeclared". She got her big break that same year, when she was cast as Gwen Raiden on "Angel". Since then, she has gone on to appear in such projects as "And Starring Pancho Villas as Himself", "The Chronicles of Riddick", "Reunion", "Surrender Dorothy", "Feast of Love", "The Mist", "Raines", "Defiance", "Clash of the Titans", and "Mob City". 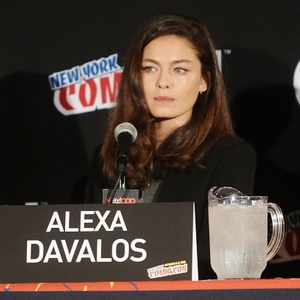