Alex Russell Net Worth and Salary: Alex Russell is an Australian actor who has a net worth of $5 million. Alex Russell is best known for his roles movies like "Chronicle" and "Jungle" and television shows like "S.W.A.T.".

Alex Russell was born in December of 1987 in Rockhampton, Queensland, Australia. His parents are both in the medical field, with his father working as a surgeon and his mother a nurse. Russell has two younger siblings, Dominic and Georgiana. After graduating from the Rockhampton Grammar School in 2004, he enrolled in the National Institute of Dramatic Art in Sydney. It was here that he began advancing his interest in the theater.

Alex made his on-screen acting debut in 2010 in the Australian film "Wasted on the Young". Since then, Russell has carved out a successful television and film career, Some notable projects include "Carrie" "Believe Me", "Cut Snake", "Unbroken" and "Jungle". In 2017 he began appearing as a main role actor on the series "S.W.A.T.". 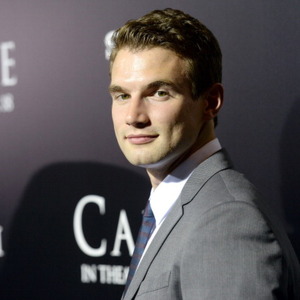