Alex Meneses net worth: Alex Meneses is an American actress and former model who has a net worth of $6 million. Alex Meneses was born in Chicago, Illinois in February 1965. As an actress she starred as Elena on the television series Sherman Oaks in 1995. From 1997 to 1998 Meneses starred as Teresa Morales on the TV series Dr. Quinn, Medicine Woman.

From 2015 to 2016 she starred as Isabela Santamaria on the series Telenovela. Meneses has also had recurring roles on the TV series The Hughleys in 2001, 10-8: Officers on Duty from 2003 to 2004, and Everybody Loves Raymond from 2000 to 2005. She has also appeared in many movies including Selena, The Flintstones in Viva Rock Vegas, and Auto Focus. Alex Meneses was nominated for an ALMA Award in 2002 for Outstanding Supporting Actress in a Television Series for Everybody Loves Raymond. In 2016 she was nominated for an Imagen Foundation Award for Best Supporting Actress – Television for Telenovela. Her career started out when she posed for Playboy in Greece. 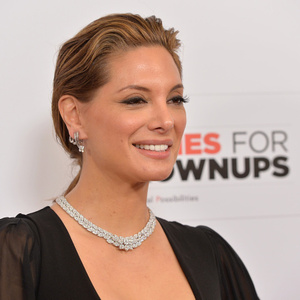