Alex Jennings net worth: Alex Jennings is an English actor who has a net worth of $5 million. He is perhaps best known for starring in the movie The Queen and the TV series The Crown.

Alex Jennings was born in Essex, England in May 1957. He has worked with the Royal Shakespeare Company and the National Theatre and has won three Olivier Awards for his performances in Too Clever by Half in 1988, Peer Gynt in 1996, and My Fair Lady in 2003. Jennings is the only actor to win Olivier awards for drama, musical, and comedy genres. From 2016 to 2017 he starred as David, Duke of Windsor on the Netflix series The Crown. Alex Jennings starred as King Leopard on the television series Victoria from 2016 to 2019. He has starred in several films and TV series including The Franchise Affair, Alfonso Bonzo, Ashenden, Liberty! The American Revolution, Too Much Sun, The State Within, Cranford, Whitechapel, Silk, Lucky Man, Unforgotten, Four Weddings and a Funeral, Gold Digger, The Queen, and more. 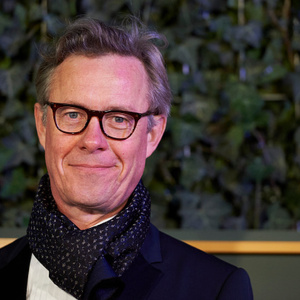