Alex Flanagan net worth: Alex Flanagan is an American sportscaster who has a net worth of $750 thousand dollars. Born in Sonoita, Arizona, Alex Flanagan graduated from the University of Arizona. She began interning at KVOA-TV while in college, and earned her first broadcasting job at KCCO-TV in Minnesota, just after graduating.

She served as a news reporter and weekend anchor for the station, and then moved to Alabama, where she continued to serve as a reporter and anchor. She worked for the Fox Sports Network in the 90s, and was then hired by ESPN in 2000. From 2000-2006, she served as a sideline reporter for multiple sports, including covering college football, the College World Series, and the NCAA Women's Basketball Tournament, among other events. She was also in charge of a weekly segment for "NFL Monday Night Countdown". In 2006, she was hired to serve as a reporter and host by the NFL Network. She has also provided coverage for multiple Olympic Games, and has anchored NBC's swimming coverage. 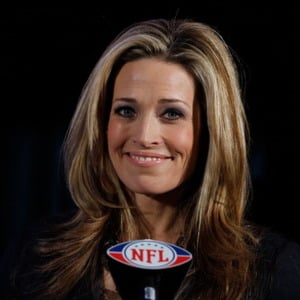