Alex D. Linz net worth: Alex D. Linz is an American actor who has a net worth of $400 thousand. Alex D. Linz was born in Santa Barbara, California in January 1989. Alex graduated from the University of California, Berkeley. He made his acting debuts in 1995 when he appeared in the TV series The Young and the Restless, Cybill, The New Adventures of Superman, and Step by Step.

From 2001 to 2000 Linz starred as Pete Calcatera in the television series Providence. He has also starred in the movies The Cable Guy, One Fine Day, Home Alone 3, My Brother the Pig, Bruno, Bounce, Max Keeble's Big Move, Race to Space, and the Amateurs. Linz has also appeared in episodes of the TV series Touched by an Angel and ER. He has done voice work for the movies Tarzan, Titan A.E., and Red Dragon. Alex won a ShoWest Award for Young Star of the Year in 1997. He also won a YoungStar Award the same year for Best Performance by a Young Actor in a Comedy Film for One Fine Day. 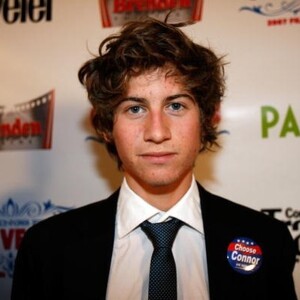