What is Alex Borstein's Net Worth and Salary?

Alex Borstein is an American actress, writer, producer, and comedian who has a net worth of $20 million. Alex Borstein is probably best known for her long-running role as Lois Griffin on the animated television series "Family Guy" (1999–present) and as a cast member on the sketch comedy series "MADtv" (1997–2009). Since 2017, Alex has been starring as Susie Myerson on "The Marvelous Mrs. Maisel," a role that has earned her two Primetime Emmys. Borstein has also enjoyed a successful film career, appearing in features such as "The Lizzie McGuire Movie" (2003), "Catwoman" (2004), and "Dinner for Schmucks" (2010), and she has lent her voice to several projects, including "ParaNorman" (2012), "The Angry Birds Movie" (2016), and "Robot Chicken" (2005–2020).

The principal Family Guy voice actors each earn $100,000 per episode. That works out to around $2 million per year, per actor. They can earn additional royalties from the sale of DVDs, merchandise, and syndication deals. By comparison, the principal voice actors on The Simpsons each earn $300,000 per year, but they negotiated a larger deal several years back after threatening to walk away forever.

Alex Borstein was born Alexandrea Borstein on February 15, 1973, in Highland Park, Illinois. She grew up in Deerfield, Illinois, and Northridge, California, with mother Judy, father Irv, and two older brothers. The family is Jewish, and Judy's mother was a Holocaust survivor. Both of Alex's parents worked in the mental health industry. Borstein attended Chatsworth High School, graduating in 1989, then she enrolled at San Francisco State University to study rhetoric.

Alex got her start in comedy at Hollywood's ACME Comedy Theater, where she trained in improv. She began working on the animated shows "The Spooktacular New Adventures of Casper" and "Pinky and the Brain" with writing partner/future husband Jackson Douglas and soon quit her job at an ad agency in order to pursue writing full-time. From 1993 to 1994, Alex voiced various characters on "Mighty Morphin Power Rangers," and she voiced Queen Machina/Robocupid on "Power Rangers Zeo" in 1996. The following year, she joined the Fox sketch comedy series "MADtv" as a featured player and writer during the show's third season, and she became a full-fledged cast member mid-season. Borstein appeared on 127 episodes and was known for popular characters like Gorgeous Pretty Beauty Nail Salon owner Ms. Swan, Cordo the GAP troll, and reporter Sue Napersville. 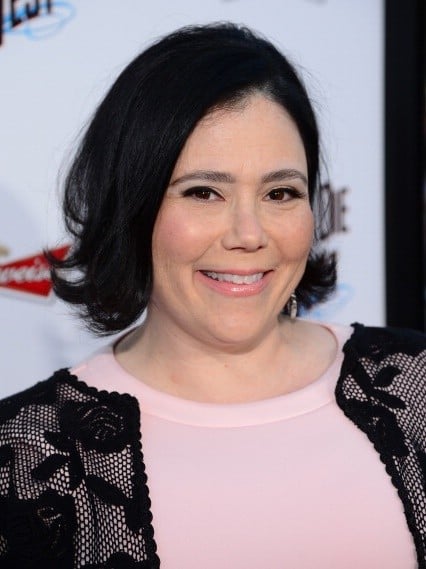 While working on "MADtv," Seth MacFarlane cast Alex as Lois Griffin on the Fox animated series "Family Guy." The show premiered in January 1999, and though it was cancelled in 2002, Fox brought it back in 2005 due to impressive DVD sales. Borstein also serves as a writer and producer on the popular series and has earned several nominations from the Online Film & Television Association and Primetime Emmy Awards (winning in 2018) for her performance. She has also voiced Lois in "Stewie Griffin: The Untold Story" (2005), "The Cleveland Show" (2009–2013), and the video games "Family Guy Video Game!" (2006), "Family Guy: Back to the Multiverse" (2012), and "Family Guy: The Quest for Stuff" (2014).

In 2000, Borstein played Sookie St. James in the "Gilmore Girls" pilot, but she wasn't able to stay in the role because of her "MADtv" contract. However, she did appear as various characters on nine episodes of the WB series. Alex made her big screen debut with an uncredited role in 2000's "Coyote Ugly," and she followed it with 2003's "The Lizzie McGuire Movie" and "Bad Santa," 2004's "Catwoman," and 2005's "Kicking & Screaming" and "Good Night, and Good Luck." In 2010, Borstein joined the staff of the new Showtime series "Shameless" as a supervising producer and writer. The next season, she was a writer and consulting producer, and she appeared on five episodes of the show between 2011 and 2015. From 2013 to 2015, Alex played head nurse Dawn Forchette on HBO's "Getting On," and in 2017, "Gilmore Girls" creator Amy Sherman-Palladino cast her in what would become an award-winning role: Susie Myerson, manager of comedian Midge Maisel, on Amazon Studios' "The Marvelous Mrs. Maisel." Borstein's recent movies include "Ted" (2012), "A Million Ways to Die in the West" (2014), and "Love the Coopers" (2015), and she is set to appear in the computer-animated film "Extinct, " which is scheduled for release in 2021.

Alex married actor/writer Jackson Douglas (whom she met at the ACME Comedy Theatre) in 1999, after he proposed during the filming of a "MADtv" sketch. They welcomed son Barnaby (born September 8, 2008) and daughter Henrietta (born October 1, 2012) before splitting up in 2014. Their divorce was finalized in November 2017.

Court documents showed that Borstein and Douglas agreed to equally share all royalties and residuals earned during their marriage. Alex received two of the couple's Pasadena condo units in the divorce, while Jackson received one Pasadena condo and a home in Washington. They also share joint ownership of a NYC apartment said to be worth $1.2 million.

In 2018, Alex won two Primetime Emmys: Outstanding Character Voice-Over Performance for "Family Guy" and Outstanding Supporting Actress in a Comedy Series for "The Marvelous Mrs. Maisel." She won for "The Marvelous Mrs. Maisel" in 2019 as well, and the show has also earned her two Broadcast Film Critics Association Awards and two Online Film & Television Association Awards, and the cast won Screen Actors Guild Awards for Outstanding Performance by an Ensemble in a Comedy Series in 2019 and 2020. In 2006, Borstein won a DVDX Award for Best Screenplay (for a DVD Premiere Movie) for "Stewie Griffin: The Untold Story," which she shared with Steve Callaghan, Gary Janetti, and Chris Sheridan. Alex has also been nominated for a Golden Globe, a Satellite Award, and four Gold Derby Awards for "The Marvelous Mrs. Maisel," and the "Good Night, and Good Luck" cast received a Gold Derby nomination for Ensemble Cast in 2006. 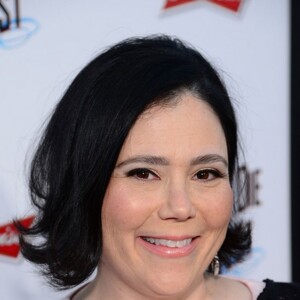