Alena Gerber Net Worth: Alena Gerber, also known as Alena Fritz, is a German model, actress and TV host who has a net worth of $10 million dollars. Alena Gerber was born August 20, 1989 in Baden-Württemberg, Germany. She was discovered by a German modeling agency at the age of 13 and went on to participate in regional beauty contests.

She also had brief guest appearances on several German TV series and has appeared in a number of other German television shows. Alena Gerber became particularly famous in Switzerland when she was at the center of a controversy between the conservative Swiss People's Party (Schweizerische Volkspartei) and German guest workers. The Swiss People's Party's stance was that too many German foreigners already overcrowded Switzerland, destroying its cultural identity and taking away citizens' jobs. The German and Swiss yellow press newspapers BILD and Blick kept the issue in the media for several months, indirectly contributing to Gerber's increasing popularity. The argument ended when People's Party officials and Alena Gerber reconciled in public in late 2009. Swiss television later named Alena Gerber "one of the most prominent examples of Anti-German sentiment". Gerber went on to host the Zurich Nightlife show usgang.tv (usgang means "going out"/"clubbing" in Swiss German). In 2010 Gerber was the face of the Streetparade, the Swiss version of the German Loveparade. 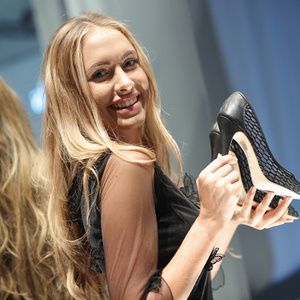