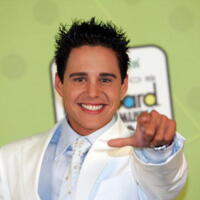 Alejandro Chaban net worth: Alejandro Chaban is a Venezuelan-American actor, television host, author, and nutrition and wellness consultant who has a net worth of $5 million. Alejandro Chaban was born in Maturin, Venezuela in August 1981. His voice was featured in the video game L.A. Noire as Gabriel Delgado. From 2008 to 2009 Chaban starred as Miguel Palacios in the television series El Rostro de Analia. He has starred in the movies Reservations in 2008 and The Perfect Game in 2010. Chaban has also appeared in episodes of the TV series Monk and The Mentalist. In 2004 he won a Miami Latin Film Festival Award for Best Actor.