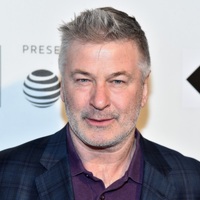 What is Alec Baldwin's Net Worth?

Alec Baldwin is an American actor and producer who has a net worth of $70 million. Over the years, Alec Baldwin has amassed a stunning array of credits from TV and film productions. No stranger to controversy and to headlines, Mr. Baldwin has been in the public eye for years, appearing in such films as "Beetlejuice", "Working Girl", "Glengarry Glen Ross", "State and Main", "The Cooler", and "The Departed". He is the winner of numerous awards, including eight Screen Actors Guild awards for his role on "30 Rock." He is the most award-winning male actor in SAG's history.

Alexander Rae Baldwin III was born on April 3rd of 1958 in Amityville, New York. All three of Alec's younger brothers Stephen, William and Daniel also become actors, and he has two sisters. All of the children were raised in a Roman Catholic household by parents who are direct descendants from Mayflower passengers, making the Baldwins one of the oldest European families in America.

While attending high school, Alec Baldwin became an avid football player. He then attended George Washington University before transferring to the Tisch School of the Arts at New York University to study acting. During this time, he studied alongside other future acting greats at the Lee Strasberg Theater Institute. Baldwin didn't fully graduate from New York University until 1994 when he earned his Bachelor of Fine Arts degree. Eventually, he was also accepted into the Actors Studio, a famous organization for actors in New York City. 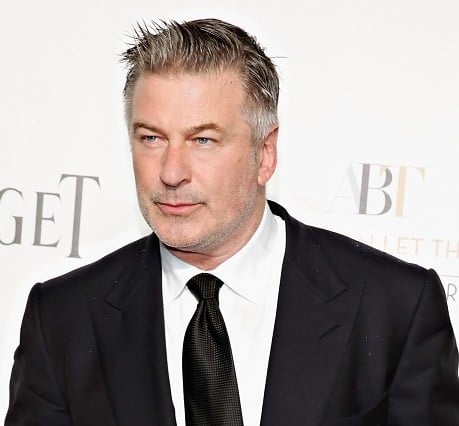 Alec Baldwin began his acting career with the soap opera The Doctors, on which he appeared from 1980 to 1982. His only role in 1983 was in a show called Cutter to Houston. Another recurring role came in 1984 with Knots Landing, a show that he appeared on till 1985. In 1986, Baldwin made his theater debut with a Broadway production of Loot. That year, he also continued to experience success on television, booking a starring role in the mini-series Dress Gray.

Alec Baldwin transitioned to the world of film for the first time with the 1987 movie Forever, Lulu. 1988 was a very busy year for Baldwin, as he booked roles in films like Beetlejuice, Working Girl, Married to the Mob, and Talking Girl. Alec Baldwin cemented his presence as a Hollywood star with further roles in Hunt for the Red October and Woody Allen's Alice – both films from 1990. Next came The Marrying Man – a 1991 film that allowed Alec Baldwin to meet his future wife, Kim Basinger, on the set. In 1992, Baldwin was praised for his role in Glengarry Glen Ross and recognized for his performance in the play A Streetcar Named Desire. He next appeared in The Getaway and The Shadow in 1994. The latter of which became a box office success with $48 million.

After appearing in the stage production of A Streetcar Named Desire, Alec Baldwin took the same role in a mini-series adaptation. He was nominated for a Screen Actors Guild Award for his performance. Between 1996 and 1997, Alec Baldwin participated in films like The Juror, The Edge, and Heaven's Prisoners. In 1998, he took to the stage once again in an off-Broadway production of Macbeth. That year, he also narrated Thomas & Friends and wrote an episode of Law & Order. In the year 2000, he starred in the children's comedy Thomas and the Magical Railroad and the much darker television docudrama Nuremberg. 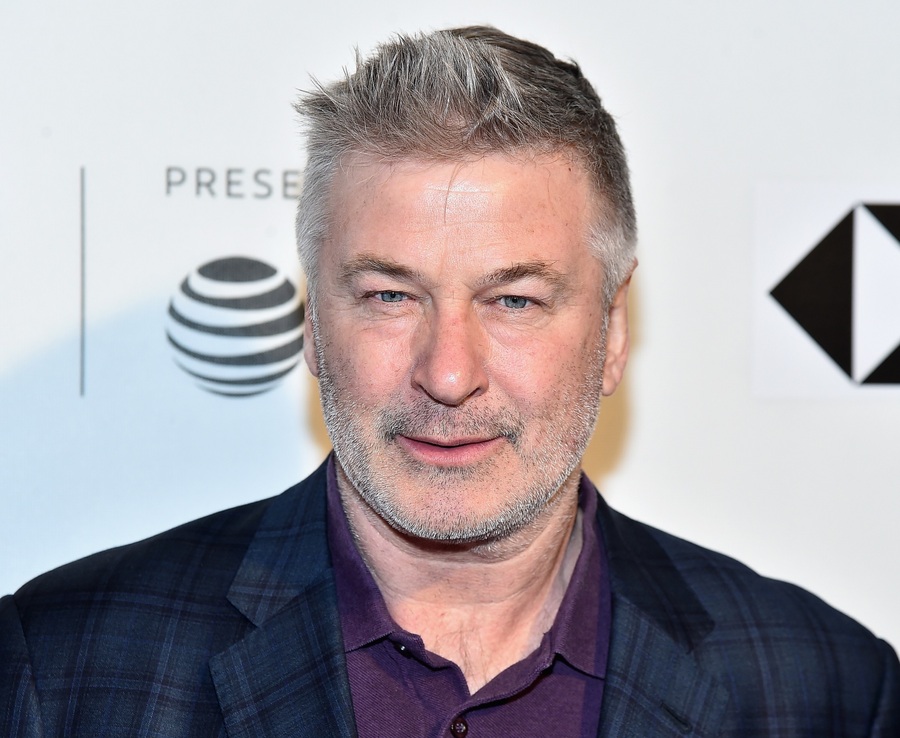 Alec Baldwin's biggest role of 2001 was with Pearl Harbor, a film that performed exceptionally well at the box office with earnings of almost $450 million – despite receiving scathing reviews. That year, he also directed The Devil and Daniel Webster, performing in the film as well. In 2002, he made a surprise appearance on the TV show Friends. Perhaps one of Baldwin's most impressive performances was in The Cooler, and he was nominated for a number of awards following the film's 2003 release.

In 2004, Alec Baldwin joined the cast of Martin Scorcese's The Aviator and provided voice work for The Spongebob Squarepants Movie. That year, he also appeared in the Broadway production of Twentieth Century. In 2006, he worked with Scorcese again on The Departed and joined the cast of Mini's First Time. 2006 saw Baldwin appearing in Entertaining Mr. Sloane, another Broadway production, but the most notable development during this year was the debut of 30 Rock. Baldwin appeared in this TV sitcom until the series finale in 2013 and won two Emmys for his performances.

In 2007, Baldwin appeared in films such as Suburban Girl. He followed up in 2008 with roles in movies like Madagascar: Escape 2 Africa and Shortcut to Happiness.

In 2010, Baldwin continued his theater career with a role in Equus. 2012 saw Baldwin appearing in films such as To Rome With Love and Rise of the Guardians. Another Broadway role came in 2013 with the production of Orphans. In 2015, he starred in Mission Impossible – Rogue Nation. He once again acted as a voice actor for 2017's The Boss Baby. In 2018, Baldwin returned to the Mission Impossible franchise with the sixth installment – Fallout. That year, he also appeared in Spike Lee's BlacKkKlansman.

Alec Baldwin has appeared as a guest star on a range of shows including Will & Grace and Nip/Tuck. He also appeared frequently on Saturday Night Live. In addition, he has hosted a number of talk shows, awards ceremonies, and sports shows.

Alec Baldwin is well-known for his commitment to charity work and philanthropy. He created the Carol M. Baldwin Cancer Research Fund in honor of his mother. While acting as a spokesperson for Capital One, his contract was written so that all $14 million of his salary was donated to his charity foundation. Over the years, Baldwin has donated significant sums to theaters, symphony orchestras, and literacy programs. 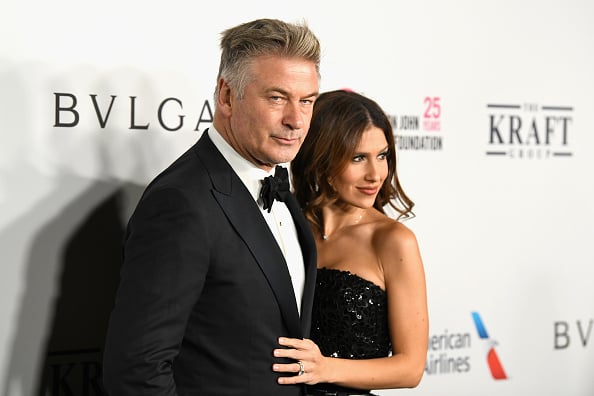 After meeting Kim Basinger in 1990 on the set of the movie "The Marrying Man". They married in 1993 and one child, Ireland Baldwin, before they separated in 2000 Their divorce and custody battle dragged on for years. They reportedly spent a combined $3 million on legal fees alone.

In 2011, Baldwin started dating Hilaria Thomas, née Hillary, a yoga instructor. They married in 2012 and have six children together.

Through his younger brother Stephen Baldwin, Alec is uncle-in-law to Justin Bieber, who is married to Stephen's daughter Hailey Baldwin.

NYC: Since 2011, Alec and Hilaria's primary residence has been a penthouse in a building called Devonshire House in Manhattan's Greenwich Village neighborhood. Between 2011 and 2019 they paid a total of $16 million to piece together what were originally six apartments. Today it's three-bedroom, four and a half-bath penthouse that were gut renovated and combined into one massive 4,137 square foot home. The penthouse has two floors, with two terraces and a great room on the top floor, and a living room, study, eat-in kitchen, and three large bedrooms on the main floor. Hardwood floors abound, along with lots of natural light, and a gorgeous staircase to the upper level.

Vermont: In early 2022 Alec and Hilaria paid $1.75 million for a 55-acre property in Arlington, Vermont. The property features several structures including an antique farmhouse, guest cottage, horse barn and barn.

Hamptons: In 1996, while still married to Kim Basinger, Alec and Kim bought a property in the Hamptons hamlet of Amagansett. They paid $1.75 million for the 10-acre property which features a 10,000 square-foot historical house that dates back to the 1700s. In September 2022 Alec listed the home for sale for $29 million. Here's a video tour of the property: