Aldis Hodge net worth and salary: Aldis Hodge is an American actor who has a net worth of $10 million dollars. Born in Onslow County, North Carolina, Aldis Hodge was originally focused on music, playing the violin and clarinet from a young age. He continues to play the violin to this day. His family was very poor growing up and they even spent some time homeless. Aldis began his professional on-camera career in the mid-90s with both television and film projects. For the next ten years, he would appear in a steady string of shows and movies. Some of his projects include, "Straight Outta Compton", "Hidden Figures", "What Men Want", "Die Hard With a Vengeance", "Bed of Roses", "NYPD Blue", "Buffy the Vampire Slayer", "Pacific Blue", "Judging Amy", "Big Momma's House", "Charmed", "ER", "A.T.O.M", and "Happy Feet". He ended up contributing his voice to 52 episodes of "A.T.O.M." In 2008, he was cast in the role that would bring him the most widespread recognition, as Alec Hardison on "Leverage". Between 2008 and 2012 he appeared in 77 episodes of "Leverage". In addition to his television and film work, he has also voiced characters in "Grand Theft Auto: San Andreas", and appeared in various commercials and music videos. In 2019 he began starring in the Showtime series "City on a Hill".

Aldis Hodge Watch Collection: Aldis Hodge is passionate about collecting watches. His collection includes significant pieces, several of which are worth north of $400,000. He also loves pocket watches. His personal collection of wrist and pocket watches is worth at least $1 million. In 2016 he launched his own luxury watch brand called Basil Time Piece. He actually spent more than a decade learning the intricacies behind building a watch. 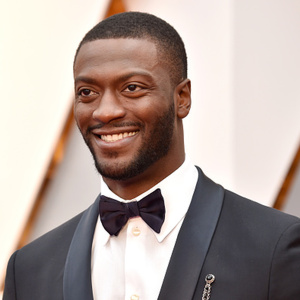