Albert Finney net worth and salary: Albert Finney was an English actor who had a net worth of $10 million dollars at the time of his death in 2019. Albert Finney was born in Charlestown, Pendleton, UK on May 9, 1936. Finney is well known for starring alongside Julia Roberts in his role as Ed Masry in the 2000 film, Erin Brockovich.

Finney began his acting career on the stage, achieving particular success in works by William Shakespeare. Finney graduated from the Royal Academy of Dramatic Art and is a member of the Royal Shakespeare Company. Finney first appeared on film in the 1960 film The Entertainer. Finney has received five Oscar nominations, but never won. Finney has 13 British Academy of Film and Television Arts (BAFTA) nominations and two wins. Finney won an Emmy Award for his role as Winston Churchill on the HBO series The Gathering Storm. Finney has nine Golden Globe nominations and three wins. Finney has been married three times. He is currently married to Pene Delmage. In May of 2011, Finney announced that he was battling kidney cancer. In 2012, Finney appeared as a groundskeeper for James Bond in Skyfall. Finney has one son, Simon. Simon is a cameraman who has worked on Harry Potter and the Sorcerer's Stone (2001), Skyfall (2012), and RED 2 (2013). Albert Finney died on February 7, 2019 at the age of 82. 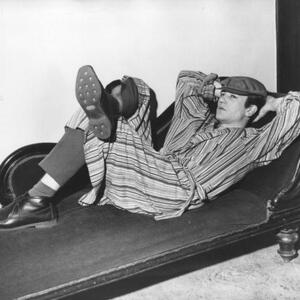