What Is Albert Brooks' Net Worth?

Albert Brooks was born Albert Lawrence Einstein on July 22, 1947, in Beverly Hills, California. His mother, Thelma Leeds, was an actress and singer, and his father, Harry Einstein, was a radio comedian. Albert's brother Bob Einstein, who was better known as "Super Dave Osborne," appeared on shows such as "Curb Your Enthusiasm" and "Arrested Development," and sadly, he passed away in 2019 shortly after he was diagnosed with cancer. Brooks' other brother, Cliff, is a founding partner of L.A.'s Dailey Advertising. Albert's half-brother, Charles Einstein (who passed away in 2007), wrote for the television series "Lou Grant" and "Playhouse 90." Brooks grew up in a Jewish household, and he attended Beverly Hills High School, where Rob Reiner and Richard Dreyfuss were his classmates. After graduation, he enrolled at Pittsburgh's Carnegie Mellon University, but he dropped out after his freshman year to pursue a career in comedy.

Albert began going by "Albert Brooks" professionally, joking, "The real Albert Einstein changed his name to sound more intelligent." In the late '60s and early '70s, he was a regular guest on talk shows and variety shows, and in 1969, he made his first appearance on "The Tonight Show Starring Johnny Carson" (he would appear 30 more times before Carson retired in 1992). In 1969, Brooks began booking acting jobs, appearing on "Marcus Welby, M.D." and "Insight," followed by "The Odd Couple" (1970), "Love, American Style" (1971), and "The New Dick Van Dyke Show" (1972). In 1975, he wrote and directed short films that appeared on "Saturday Night Live," and he also wrote and directed the 1976 short film, "The Famous Comedians School." Albert made his big screen debut in 1976's "Taxi Driver," then he appeared in 1980's "Private Benjamin" and co-wrote, directed, and starred in 1979's "Real Life" and 1981's "Modern Romance." In 1983, he appeared in "Twilight Zone: The Movie" and "Terms of Endearment," and he directed and starred in 1985's "Lost in America," which he co-wrote with frequent collaborator Monica Johnson. 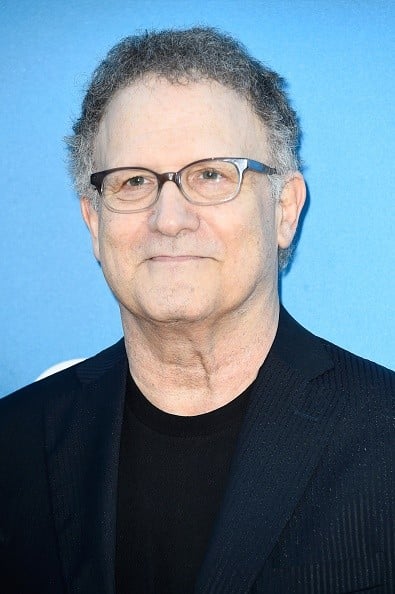 Brooks wrote and directed 2005's "Looking for Comedy in the Muslim World," in which he played a fictionalized version of himself, and in 2007, he voiced Russ Cargill in "The Simpsons Movie." In 2008, Albert had a recurring role on Showtime's "Weeds," playing the estranged father-in-law of Mary-Louise Parker's Nancy Botwin. He earned numerous awards for his performance as gangster Bernie Rose in 2011's "Drive," and the following year, he appeared in the Judd Apatow film "This Is 40." Brooks then appeared in "A Most Violent Year" (2014) and "Concussion" (2015) and lent his voice to "The Little Prince" (2015) and "I Love You, Daddy" (2017). He also voiced Tiberius the red-tailed hawk in 2016's "The Secret Life of Pets," which grossed $875.5 million worldwide.

In 1988, Brooks received an Academy Award nomination for Best Actor in a Supporting Role for "Broadcast News." The film also earned him an American Comedy Award and Boston Society of Film Critics Award. For "Drive," Albert received a Golden Globe nomination for Best Performance by an Actor in a Supporting Role in a Motion Picture and awards from the African-American Film Critics Association, Black Film Critics Circle Awards, National Society of Film Critics Awards, Satellite Awards, and several film critic associations.  Brooks and Monica Johnson shared the award for Screenwriter of the Year at the 1997 ShoWest Convention, and they won a New York Film Critics Circle Award for Best Screenplay for "Mother" and also received Best Screenplay awards from the National Society of Film Critics Awards for "Mother" and "Lost in America." Albert and his "Finding Dory co-stars won the #SQUAD award at the 2017 Kids' Choice Awards, and the "Le Petit Prince" cast earned a Behind the Voice Actors Award for Best Vocal Ensemble in a TV Special/Direct-to-DVD Title or Short. Brooks also received two Behind the Voice Actors Award nominations for "Finding Dory," Best Male Lead Vocal Performance in a Feature Film and Best Vocal Ensemble in a Feature Film. 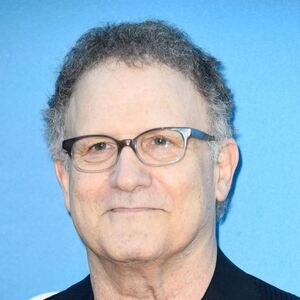